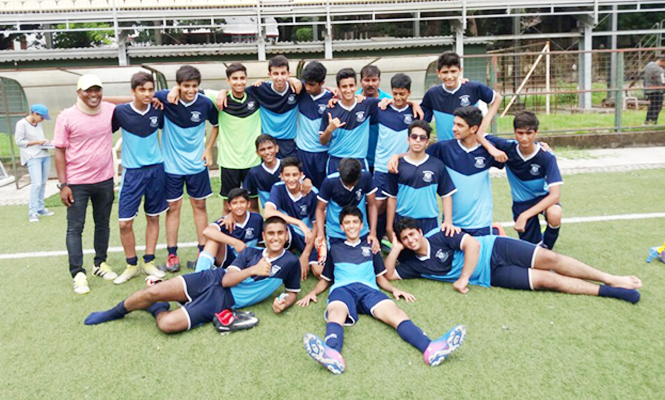 The Scottish boys looked very confident; right from the time they entered the Cooperage, to how they performed on-field. They pulverized St. Lawrence  Borivali in a commendable 3-0 win!

Scottish was in command right from the beginning, with their wingers and strikers linking up very well throughout the game. The Lawrence defence was tested on several occasions but the keeper and defenders managed to keep Scottish at bay for a while.

The deadlock was finally broken in the 18th minute when Pranay, a skilled winger, slotted in a beautiful strike into the bottom corner to make it 1-0. The score was doubled within 8 minutes when another Scottish striker scored a beautiful volley into the top bracket taking the game away from St. Lawrence. The game was  sealed in Scottish’s favour late into the second half when Mehrzad scored an absolute stunner.

They will now meet St. Pius in the finals.

Find other pictures from the match here.