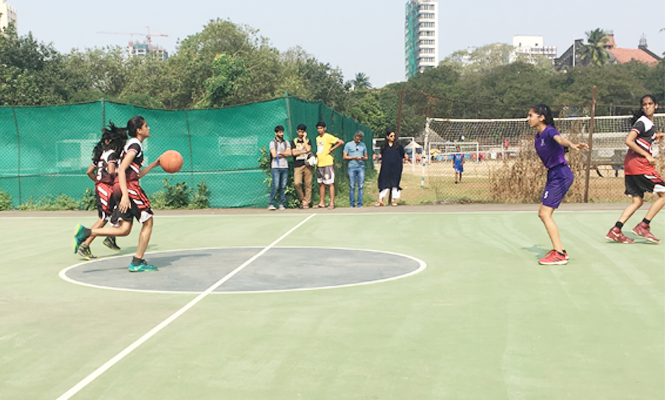 The young girls were all pumped up as they warmed up for the finals. The whistle blew and Cathedral started of with an aggressive style of play, within few minutes the first point was scored through a free throw by Dhriti. The score was tied at 6-6 during the first time out of the match. By the end of the first quarter, Vibgyor was leading narrowly by 2 points, with a score of 10-8. In the second quarter, Tavisha of Vibgyor, who has represented the state in U/16, displayed great finesse and showed her set of skills, which helped her team garner a 9 point lead; the second quarter ended up with a score of 19-10. Cathedral missed many throws and this gave Vibgyor an opportunity to gain points through rebounds. Accurate passes and excellent dribbling helped Vibgyor gain a massive lead and the score was 25-14 by the end of the third quarter. The final quarter ended with the girls in black showcasing their colourful performance as they clinched the title with a final score of 40-16.