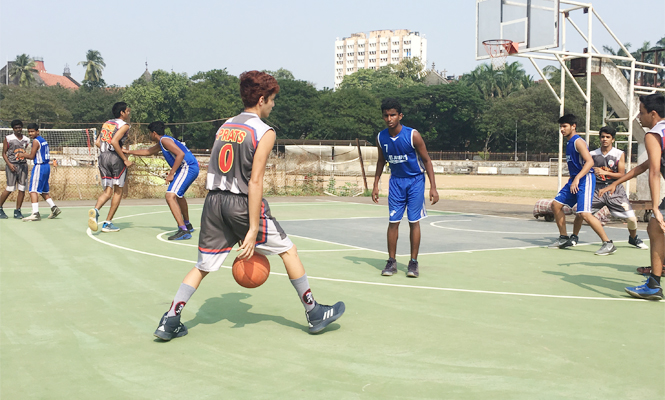 The sky was clear and the air was cool, a perfect setting for the much-awaited boys u/17 Basketball final. Both the teams started of strong since the jump ball with accurate passes and good defence. The first quarter ended with a close score of 9-8, Don Bosco leading by a point. In the second quarter, St. Joseph’s seemed to be missing many free throws. The first 3 pointers were scored by Faiz of St. Joseph’s who is a very talented State level player, however, this did not deter the strong defence by Don Bosco, and eventually, they got a strong lead of 21-15. The third quarter was dominated by Don Bosco as they continued to strive with excellent teamwork. St. Joseph’s pushed themselves to make a comeback, but the third quarter ended with Don Bosco maintaining a lead of 33-24. The final quarter was high on energy with the crowd urging St. Joseph’s to even out the match. In the final few minutes, Don Bosco with the help of man-to-man strategy closed out the match and won the championship with a final score of 36-27. The crowd baffled by the quality of play, applauded as the teams received their trophies and the day ended with a great display of sportsmanship.