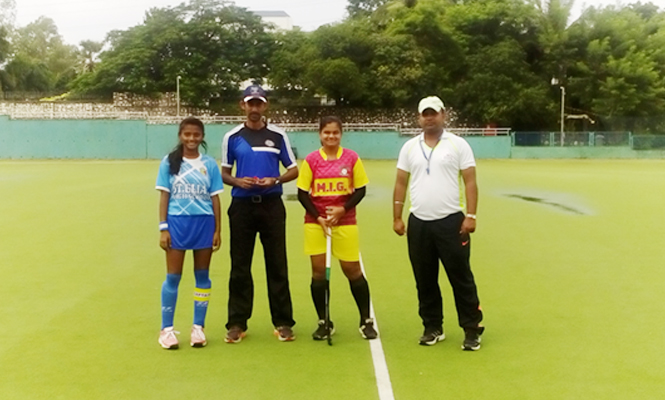 The game started with MIG dominating the proceedings. A penalty corner awarded to MIG early, was saved by the goalkeeper. Girls from Elias started growing in the game with neat passing moves, they got a penalty corner followed by the action which they narrowly missed.MIG girls showed flashes of great play in wings and midfield.Elias scored against the run of play on the 13th minute, threading intricate passes to score a sumptuous goal by Pallavi. Long shots by Mahek were failed to be turned in by forwards and they needed a goal to release the frustration. The girls at Elias got better of MIG girls when Shradha scored another goal following a short corner. 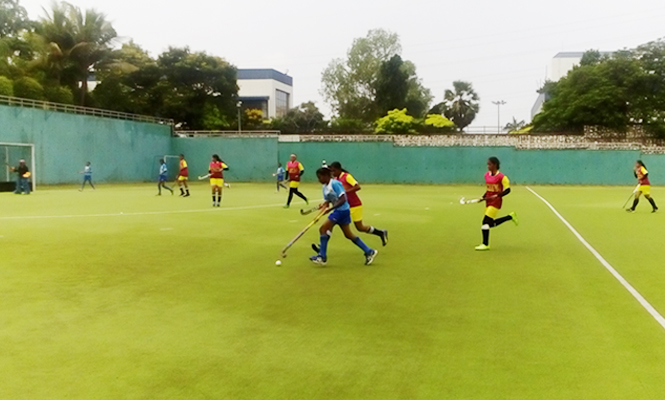 First 10 minutes during the second half showed character of both teams as they battled for the ball. The third goal was scored by Madhvi at the 37th minute.Everything fell in place for Elias as Sneha scored another goal at the 46th minute. They’re running away with it now as the whole game is taking place in the MIG corner.