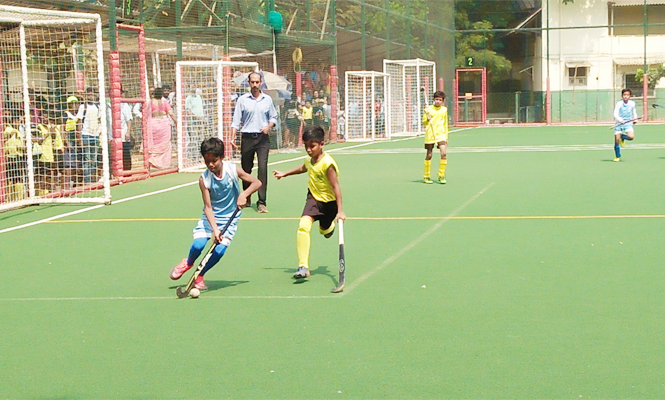 St. Stanislaus (A) Bandra vs Don Bosco (A) Matunga

It was an exciting final, with the spectators, (read parents) cheering their respective teams. When the match started it was clear that both teams didn’t want to budge an inch. Yet Shaun D’Mello of St. Stanislaus scored two goals within ten minutes! The game was being played in a counter attack. Just before the end of the first half, Gavin Rao of Don Bosco, scored two goals, ending the first half with 2-2.

Don Bosco was cautious in the second half, leading to a defence mix up, allowing St. Stanislaus to take advantage and scoring two goals. Don Bosco Matunga was playing in a counter attack & they scored the 2 goals within two mins. Yet, just before the end, Shaun D’Mello scored the winning goal, making St. Stanislaus the winners!