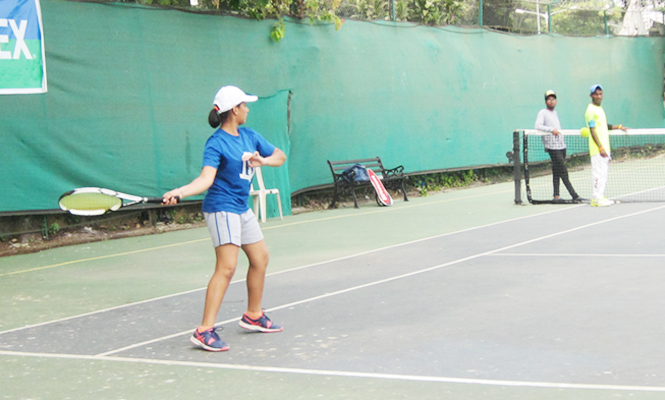 Gauri showed some good pair of hands with precise serves and immaculate shots. Manya was getting in the groove and mapping the pitch during warm-up. Manya served first and was unable to get enough contact to push the ball over the line. After two missed shots, score was 0:30. A good shot by Gauri was followed by a foul serve by Manya and point was lost in next serve. Gauri made two double faults in second point but prevailed, courtesy of swinging serve and few missed shots by Manya. Manya wasn’t looking at her best as she lost next point to go 3:0 down, marking some missed shots and double faults.  A good set of serves by Gauri awarded her 30:0 lead, Manya played and won a fabulous rally to make it 30:15. After a missed shot by Manya, Gauri won this point too. Manya put in two great serves and raced to 30:0 early. Same script ensued after Manya missed and put one shot out to make score 5:0 for Gauri. The last point was taken in a hurry after good feet movement and use of spaces by Gauri. She moved to Semis deservedly winning this bout.