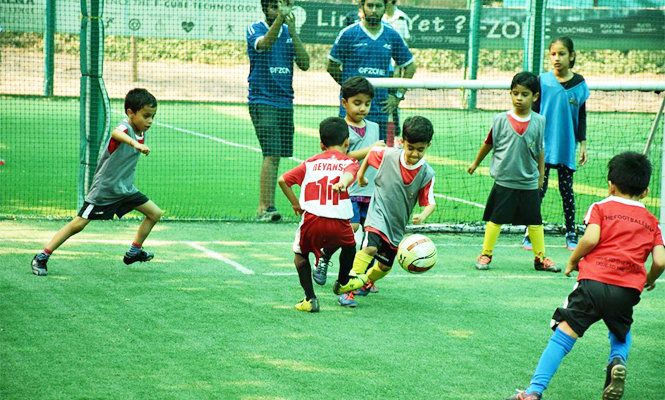 Over the past decade, football has grown tremendously in popularity. With the Under-17 World Cup, the advent of ISL and also the on-going Intercontinental Cup; the number of young athletes looking to get into competitive football is increasing by the day.

KheloMore, with our core value of working towards increasing participation in sport at the grassroot level, brings to you some of the top football academies in Delhi NCR. Want to kickstart your work towards becoming a football superstar? Look no further!

2. Delhi United Football Club: The club’s emphasis on inner athlete development includes the development of  cross-cultural communication strategies for players of the club. DUFC focusses on inculcating the spirit of football in all its players, which is as important as skill & fitness training!

3. FCB Escola:  The official after-school program of FC Barcelona, FCB Escola is one of the most premium & professional academies Delhi has to offer! Catering to the wide age group of 5-17, the club runs quality training & development programs for all its athletes. To add to the excitement, the club provides athletes with the opportunities to attend international camps as well. 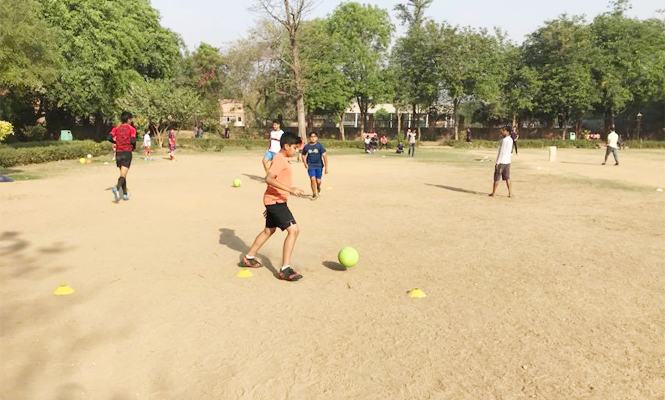 4. Royal Rangers Football Academy: Located at the heart of the city at Connaught Place, Royal Rangers is one of the best football academies in Delhi, aiming to develop world class players. The Academy provides a challenging sporting environment to develop every athlete’s mental and physical abilities.

6. Hindustan Football Academy: One of the oldest training centers in Delhi, the players from the academy are regularly recruited into the Delhi State Team and the All India School Teams. The trainees are, occasionally also selected by famous clubs and sports companies to travel abroad. The Under 18 team had been the Group Champion for two consecutive years in the prestigious I-League, conducted by All India Football Federation.

7. Extra Time Football Academy: The academy mainly focuses on helping players develop skills both on & off the ball,  meanwhile equipping their trainees to cope up with the pressure of playing at the highest level.