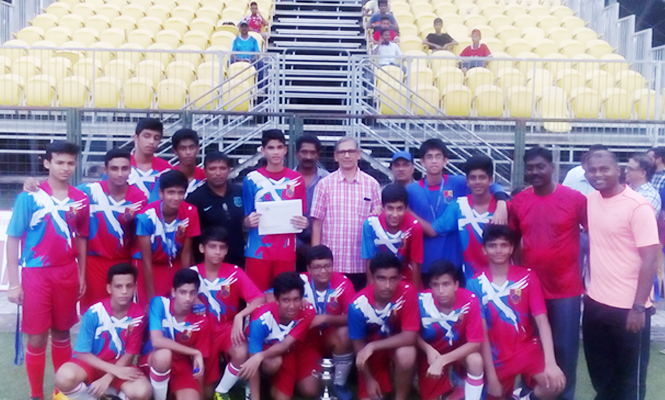 The venue was set for the big Finale. Kick-off was delayed due to the National campaign to promote football taking place on the ground.

Both team took their places after the toss. Campion, with a lone forward ahead, was likely looking to catch compact Don Bosco on counter.

With kick-off, Don Bosco started to dominate possession along with beautiful key passes near opposition box.

The game was also stretched to wings, with their ever willing winger putting in every breath to move further forward to the goal. 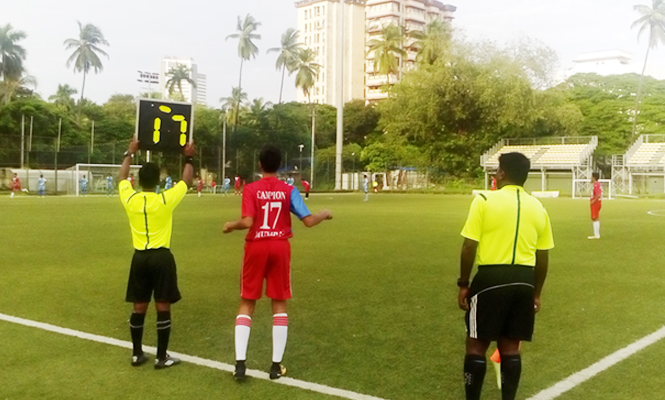 By the end of 10 minutes, we had some near-miss moments along with some last ditch defending by Campion. Rare forays forward by No. 10 of Campion were often foiled early by sturdy Bosco defense.

The half ended with a sense of we-could-have-done-better for Bosco. Campion were devising a strategy to hold on and poke in a goal or two in the meantime.

Second half started with similar tempo to it. Bosco moved forward with purpose but still without a goal. The frustration was evident on players and goal came around the 45 minutes mark.

Slick passing around the box opened the goal up for Dwyane, No. 8 of Bosco. He put the foot through the ball and ball hit the roof of net.

There was a relief in the Bosco camp.

The game became faster with determined attacks and narrow misses.