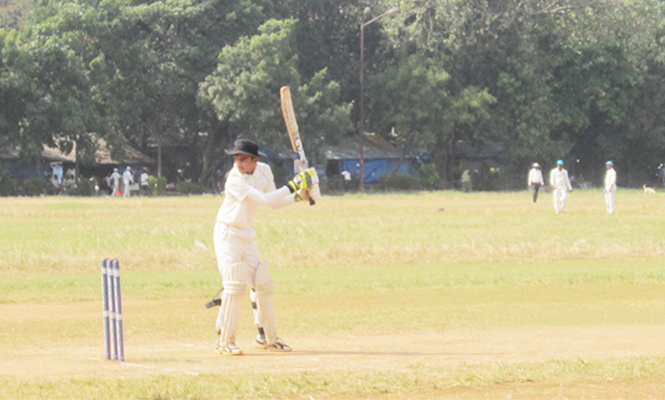 SVKM managed to beat Sharada Mandir in opening fixture of Harris Shield owing to batting collapse of Sharada players for 64, chasing a total of 108. SVKM batted first and openers put up good 20 plus runs partnership but were halted by swinging deliveries of Akshat Dalal, who picked up 6 wickets in the process. Ansh Rathod and Dhruv Doshi fell for duck to Akshat Dalal and Shaswat Tated, both also picking up Chaitanya Acharya and Sahil Kondoncha later without scoring. Jash Shah and Jash Lohia were joint top scorers with 15 runs although Ill-disciplined bowling attack by Sharada saw them waste 44 runs on extras. Sharada could have started their innings better as no player reached double digits. It may be the sweltering heat, but players couldn’t hang on to the pitch longer. Aditya Raut, Manan Kamdar & Meet Shah couldn’t manage to move the scoreboard, Bhavya Kothiya registered 9 runs as highest Scorer, whole team managing 64 runs on board in 13.1 overs. Ansh and Chaitanya both got 3 players and Jash managed 2 wickets from SVKM. 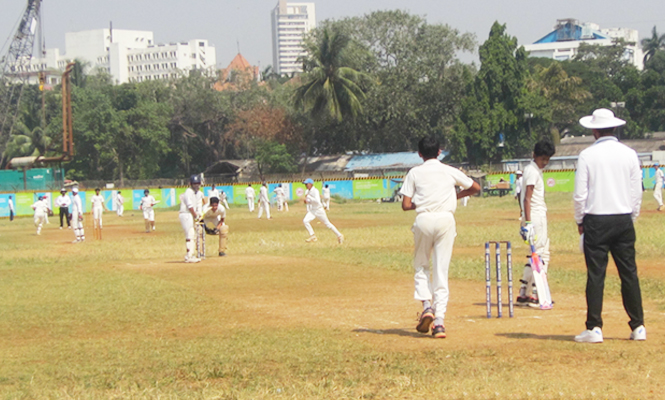