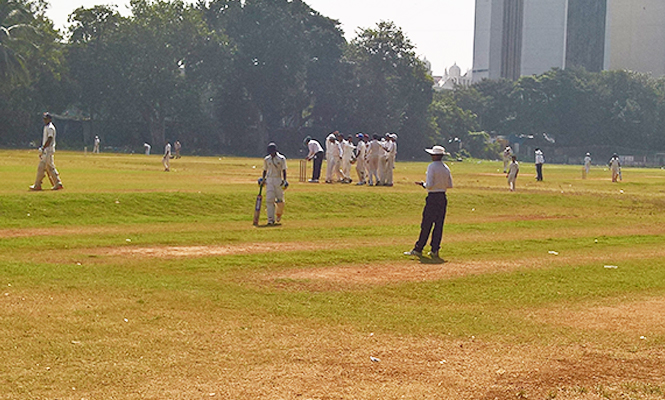 Musheer Khan’s talisman effort and Anzar Mirza’s 6 fer proved to be a nightmare for the batsmen from the opposition side. Having put into bat by St Joseph’s, the openers made merry of the new ball and some mediocre bowling, notching up an opening stand of 125, from which Musheer Khan had the upper hand scoring 103 in 61 balls having dropped on 28. The middle order chipped in with vital contribution of 20’s followed by a finishing effort by Smit Dave’s 57 off 40 balls from which 29 runs were scored in a single. Some respite for St Joseph’s towards the end with wickets in the death overs with Anjuman- E – Islam concluding on a mammoth total of 385 all out. In response, St Joseph’s were not determined even to fight it out, the openers fell cheaply, the middle order was exposed courtesy to the fiery spell of fast bowling by Mirza grabbing 6 for 17 and his partner in chief, Captain Musheer Khan chipping in with 3 for 10 displaying his all-round abilities as a captain, batsman and a bowler. Eventually, St Joseph’s were scuttled out for mere 59, losing by a huge margin of 327 runs. 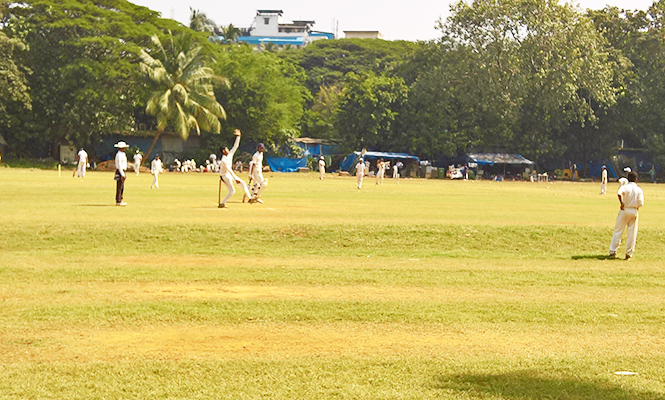