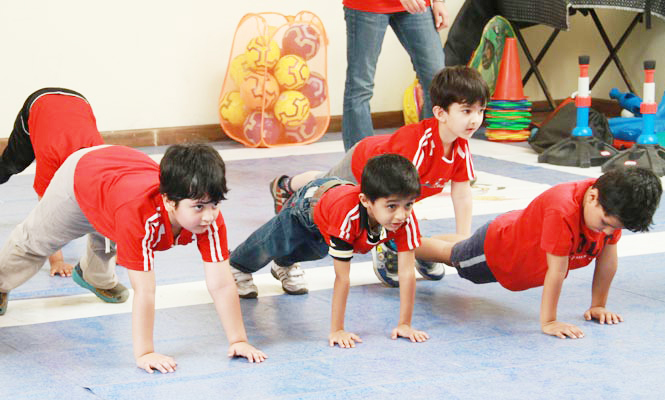 Starting a child’s sports career at an early age is a smart way to get ahead.

But what is the correct age?

Early playing days of a toddler should be free-range roaming as that enables all-round development. Research shows that beginning very young – age 4 or sooner – provides no benefit to future sports performance and may contribute to injuries and burnout. Kids build their sports skills in a progressive sequence with optimal development of the mind and body. Motor skills such as balance and running fully develops around age 6 or 7, while the ability to visually track moving objects mature at age 8 or 9.

As the young athletes starts their team/single training around 8 years of age, they start to understand the movement , speed, change in direction of ball faster. Having an understanding and supporting trainer will help immensely to garner confidence and perform optimally. With incorporating play like routine training sessions, they will learn about in-game pressure and rapid decision making. We are witnessing a sporting overhaul in India and specialization in a sport demands routine commitment. However studies have shown that engaging in multiple sports are paramount to development and coordination in respective sports.

As the kids are growing up, heavy weights should be avoided until they have gone through most of their rapid growth. Integration of progressive weight training after 12-13 years of age will assist in building a robust outlook.

Diet and Nutrition makes up a big part of a young athlete’s checklist. The benefits of eating healthy are numerous, if we are to name a few, stronger bones and muscles, improved oxygen delivery, a more robust immune system and better ability to recover for the next workout. In keeping hydrated during play, water is usually adequate. With prolonged activity that lasts 90 minutes or more, electrolytes and glucose can be replaced with a sports drink.

Rory McIlroy is happy to have fans back, and forgive the “stupid comments”!

Karim Benzema has been included in france for Euro 2020