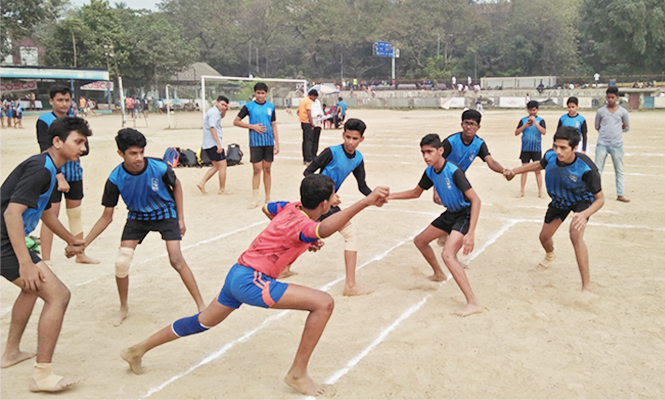 Swami Vivekanand rode on Tejas Kittur’s performance as they cruised into the second round with a 29-32 win over K. K. Rajpopat School (Juhu), with Tejas contributing 12 points. After trailing 8-10 at the end of the first half, K.K Rajpopat School managed to bounce back in the second half; so much so that nearing the end, Swami Vivekanand was trailing by 26-25. In the last 4 minutes, Tejas Kittur played a captain’s knock and scored 6 points, taking his team to the second round.