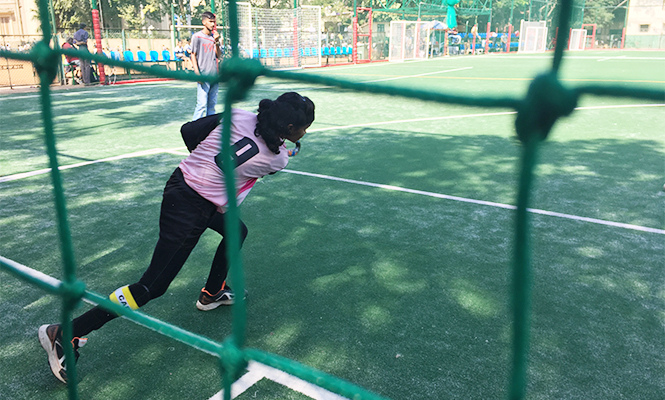 On a bright sunny day, it was very tough to break the deadlock between St. Joseph’s and St. Teresa. The score was 1-1 at half-time. But in the second half, both the teams were trying hard to penetrate each other’s defense. St. Joseph’s scored a goal in the beginning of the second half and strengthened their defense. St. Teresa tried hard to even out the match but even a series of penalty corners could not help. The final whistle blew and St. Joseph’s sealed their place in the final with a score of 2-1.