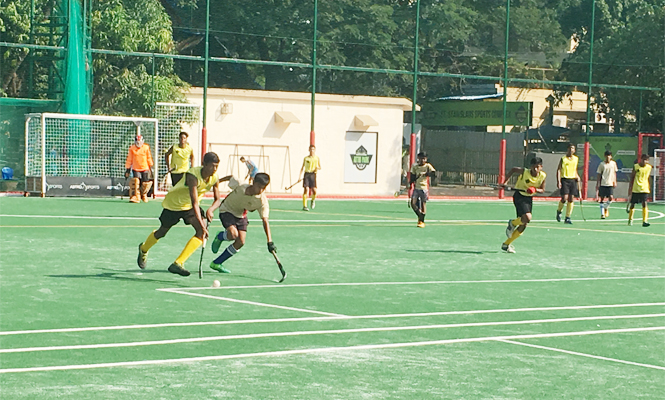 Don Bosco High School Vs Our Lady of Dolours

Don Bosco had an exciting afternoon as they reached the finals after a beguiling performance on field. Eleven bright and busy boys beat Our Lady of Dolours by a score of 3-0. The game was off to a good start as the first goal was scored by Don Bosco. Within the next few minutes, they scored the second goal too. Excellent passes and penetrating offence left little opportunity for Our Lady Of Dolours to score. The first half ended with Don Bosco leading the scoreboard by 2-0. Our Lady Of Dolours fought hard to make a comeback, but their hopes were diminished, as another goal was scored by Don Bosco in the second half. The game ended with Don Bosco marching ahead into the final with a final score of 3-0.