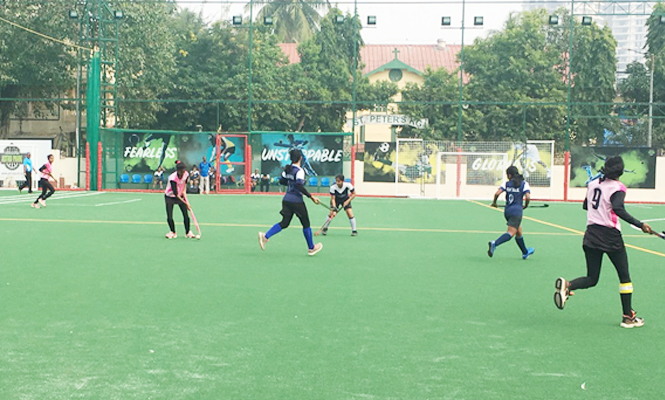 As soon as the game commenced, St. Elias started of aggressively and scored within a few minutes. Just before the second half ended St. Elias scored another goal which got them a strong lead of 2-0, decreasing the chances of St. Joseph’s Convent to even out the match. In the second half, St. Elias scored another goal despite St. Joseph’s Convent’s excessive attacks. But St. Elias displayed good holding power and did not concede a single goal even under such immense pressure. At the final whistle, St. Elias turned out to be victorious and cruised through a one-sided final with the score of 3-0.