In case you missed the action, here is all that happened in another action-packed week of English football. Here is all you need to know about Premier League game week 8.

Currently, the two biggest teams in English football locked horns against each other at the Etihad stadium. A casualty filled Liverpool travelled to face Manchester City.

Liverpool struck gold early as Walker put Mane down inside the box. Zola converted from the spot to put the reds ahead. In the 31st minute, Kevin De Bruyne used a packet of space his brilliant vision to find Jesus to make 1-1 for the citizens. 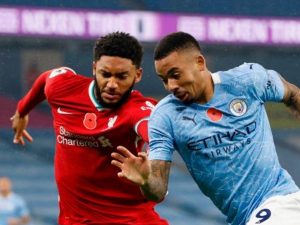 In the 41st minute, De Bruyne’s cross struck the arm of Joe Gomez, and with the help of VAR, City won a penalty. Unfortunately, the Belgian failed to capitalize on the penalty spot.

Both teams created multiple chances in the second half, but not convert. Pep Guardiola and Jurgen Klopp had to settle for a point at the end of 90 minutes.

An under-pressure Ole Gunnar Solskjær took his boys to Goodison Park to face Carlo Ancelloti’s Everton. The Red Devils suffered an early shock in the 19th minute Bernad put the home side ahead.

From that moment onwards, it was the Bruno Fernandes show. The Portuguese Maginifico placed a brilliant cross from Luke Shaw six minutes later to equalize. Fast forward to another seven minutes, and Bruno Fernandes scored a beauty to put The Red Devils ahead. 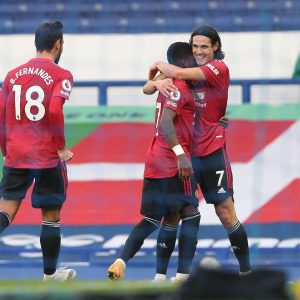 Post the second goal, Manchester United did brilliantly well to kill the game and stop Everton from creating chances. The moment every United fan waited for taking place in the 95th minute.

Bruno Fernandes sacrificed his hattrick as he set up Edinson Cavani for his first Manchester United goal. Manchester United bounced back this week after disappointing losses to Arsenal and mid-week in Istanbul.

With three continuous wins in the bag, Chelsea looked for a fourth consecutive win as they hosted bottom-placed Sheffield United. The Blades gave some early blues to Chelsea as Dave McGoldrick opened the scoring for the visitors.

From there on, Chelsea’s new signings showed their quality. Tammy Abraham equalized in the 23rd minute from a Brilliant Mateo Kovacic pass. A wicked cross met by a good finish from Ben Chilwell completed the comeback. 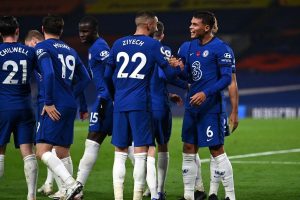 Ziyech completed a brace of assists after he set up Thiago Silva’s debut goal in the 77th minute. Chelsea then tripled their lead in the 80th minute as Timo Werner killed the game off and Sheffield United.

The Clarets got off to a flying start after a thunderous strike in the 7th minute, only to be ruled as offside by VAR. However, that didn’t stop Villa’s unstoppable momentum.

Grealish, Barkley, and Targett combined very well, and the cross on the far post went in off Buyako Saka. Arsenal created plenty of chances throughout the first half and second, but nothing could go past their former goalkeeper Emiliano Martínez. 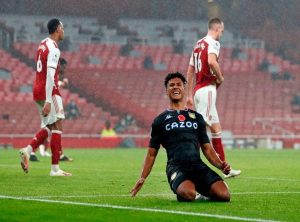 The misery for Arsenal increased Ole Watkins scored two goals in the space of three minutes. The English youngster scored in 72nd and 75th min off brilliant assists from Ross Barkley and Jack Grealish.

Jose Mourinho’s star-studded Spurs traveled to The Hawthorns as Gareth Bale got his first start since his return. This match was a little frustrating one for Spurs and a very good one for West Brom.

Slaven Belic’s boys showed immense fight against a high-quality Tottenham team. Spurs asked multiple questions of West Brom’s defense, but they were like a wall. 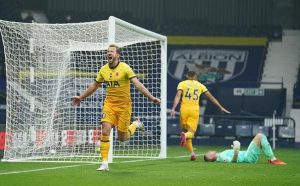 A few good saves from Lloris kept Spurs from going down a goal or two. The deadlock was finally broken late in the 88th min. The Three Lions skipper put in a header of an accurate Matt Doherty cross.

Jose Mourinho and Tottenham sealed another three points and went to the top of the table temporarily.

After six continuous wins, Leicester City hosted the dangerous Wolverhampton Wanderers at the King Power Stadium. Leicester City had to ring in many changes due to injuries.

Injuries didn’t affect their form as Jamie Vardy got on the score sheet after he converted a penalty. In the 39th min, the English striker got another penalty to double his goal tally for the day. 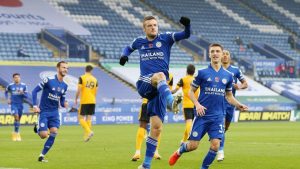 Unfortunately, this time Patricio removed a brilliant saved and denied Vardy his second. From there on, it was a brilliant defensive display from both teams. The score was 1-0 at the end of 90 mins with The Foxes taking all three points and going top of the table.

Last week, Fulham finally got their first win against West Brom. However, this week it was a difficult test for Scott Parker’s men. They faced off against London rivals West Ham.

All the goals and drama came in after the 90th minute. In the 91st minute, Tomas Soucek scored from a good assist for the Hammers. In 90+8 min of stoppage time, Ademola Lookman tried from a paneka from the spot. 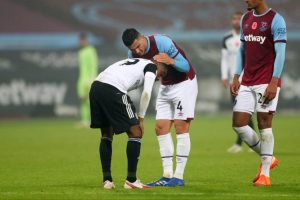 The former Everton man missed horribly and Fulham failed to take anything from that game.
After a Humbling defeat last week, Leeds United traveled to Selhurst Park to face Crystal Palace. Marcelo Bielsa would be looking for a response from his boys, however he didn’t, to get one. Scott Dann and Eberechi Eze doubled the Eagles lead in the first 22 minutes. Patrick Bamford pulled one back but the lead doubled again after a Helder Costa own goal. 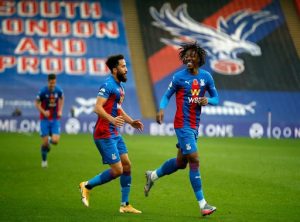 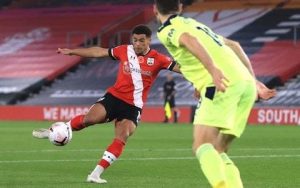 The lead was doubled in the 82nd minute by Stuart Armstrong and the Saints sealed three important points.

A 0-0 draw for Burnley  against Brighton and Hove Albion still keep them in the bottom three. The Clarets are on 19th and yet to register a win. With Fewer signings, a tight budget to operate, and other teams in the league getting stronger than ever and now a relegation battle. The problems for Sean Dyche have increased to a whole new level.