IDBI Federal Football Mania conducts matches every Sunday between top brass football academies of the city, across Mumbai. The Sunday League, as the tournament is known, is soon picking up in popularity between the U-10, U-12 and U-14 football enthusiasts! The Sunday League promotes an electrifying atmosphere to players and their parents, who don’t think twice before sacrificing their Sunday mornings for the sport! 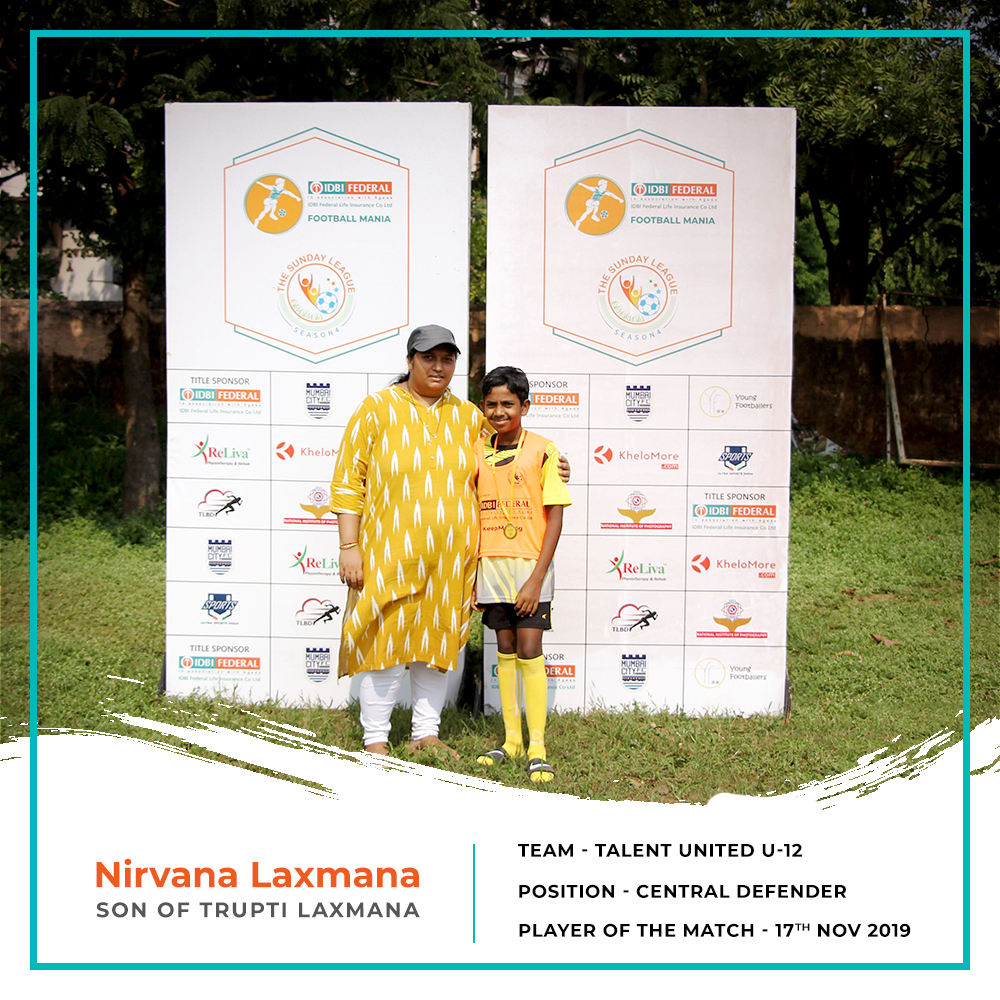 It’s genetic — his father is a footballer, so he chose football over other sports. That said, I must add that he also plays Basketball and has represented MSSA U-12 Don Bosco High School, Borivali in both sports. He has been playing football from the age of 5!
He has started his initial training with Fast Football Club & now has moved to Talent United.
Which was the best moment while playing and does he have bigger aspirations from this?

Well, let him enjoy the game for now. He can choose his path later. Probably this one, as it is his first-ever Sunday League match!

Quote
”IDBI FEDERAL Football Mania and The Sunday League has been the most exciting platform for my child to be close to the sport he loves. He loves football and  I love watching him play. Looking forward to the tournament and the lovely atmosphere that it creates every Sunday”. 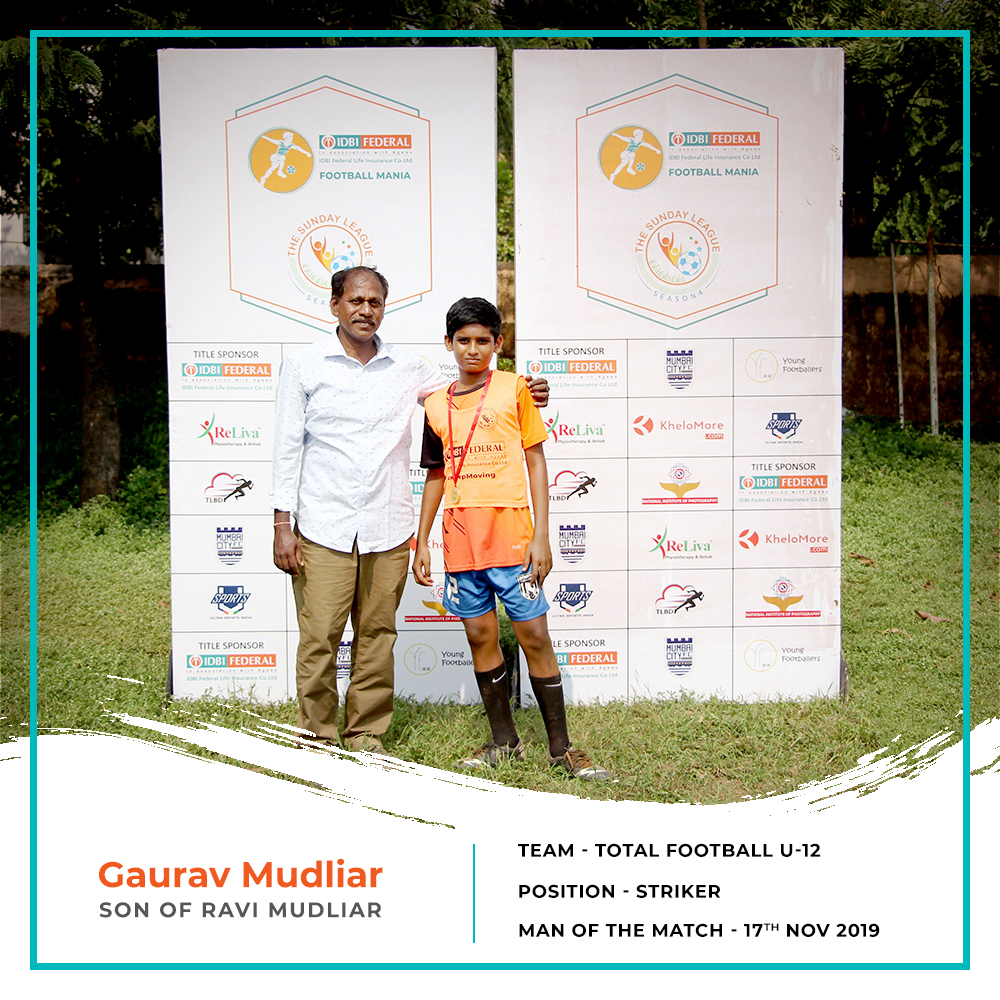 Actually, he likes all sports; in fact, he was the recipient of the Best Athlete Award in his school, winning in the 100m, 200m, 400m & Relay. He has been playing Football for the past 5 years; starting off on his own initially. He represented his school, St Joseph’s, Malad, and then realised the need for coaching. Currently, this past year, he has started training at Total Football.

Which was the best moment while playing and does he have bigger aspirations from this?
He is passionate about this game and would like to continue playing it. Today’s game was the most memorable because he scored a total of 7 goals for his team!!!

Quote
”The concept of these matches on Sunday is very critical from the sport point of view. The children get an excellent exposure and it’s a way that they fall in love with the game. I thank IDBI FEDERAL Football Mania and The Sunday League for the initiative that they have taken to provide us with the best”. 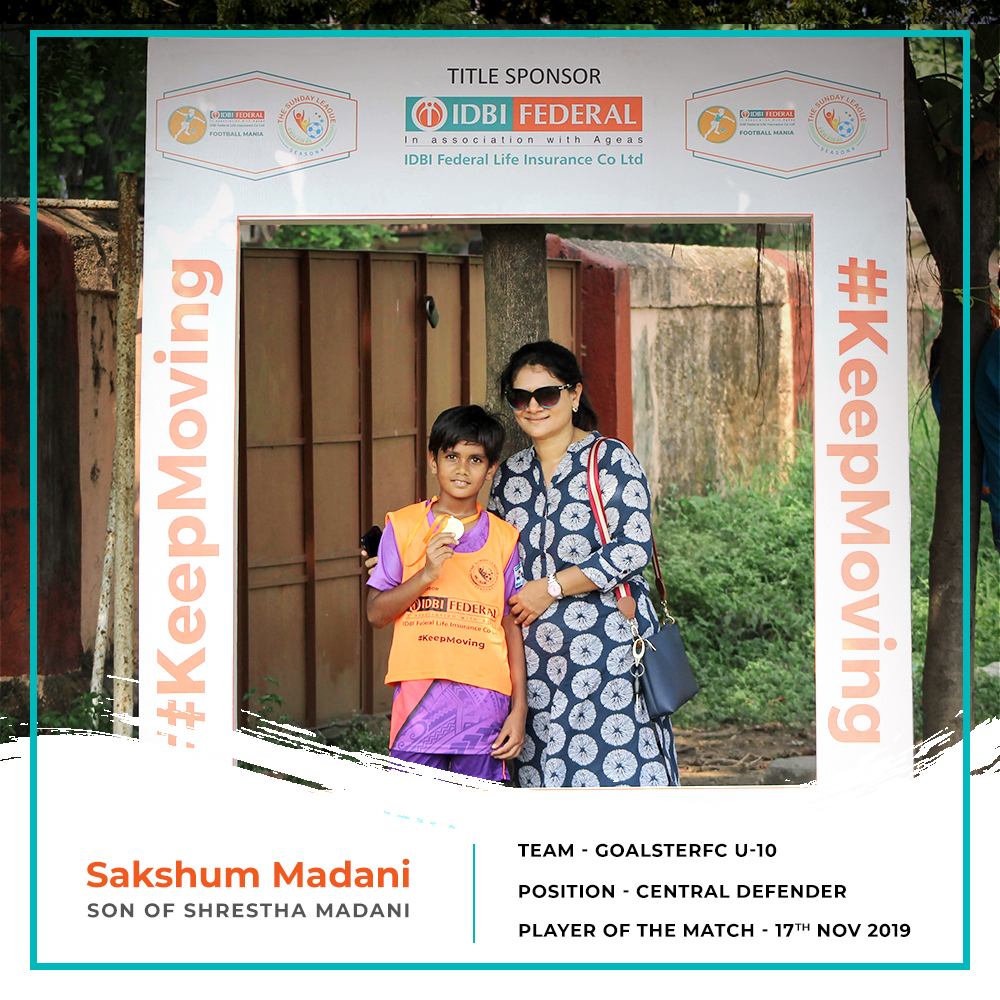 He has the skill. In fact, he has been dribbling with football since he was 5 years of age. With proper training from an academy, just these past two years when he joined Goalster FC. The Goalster FC is very professional, with a great set of coaches; they are pretty disciplined & strict about practices sessions etc.

”IDBI FEDERAL Football Mania and The Sunday League has been a fantastic platform for the kids to evaluate their skills and get some good practice. The Sunday league tournament has been very well organised and most importantly, the kids seem to be enjoying themselves here! We are proud to be a part of this IDBI Federal Football Mania and it has benefitted the grassroots level”.

You can also read about the academies in the links above. Football is a beautiful game