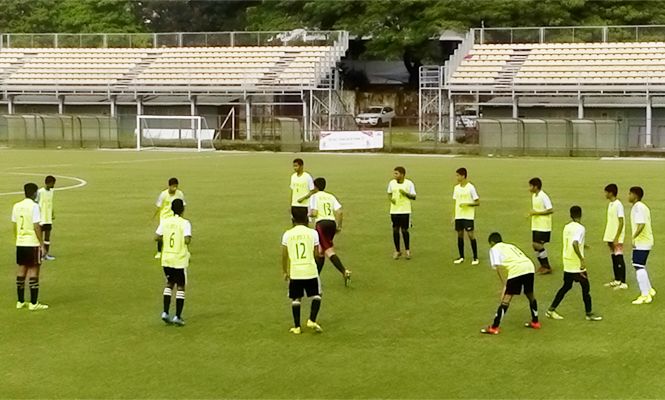 The game started with little energy as St. Lawrence’s players frequently lost the ball all over the pitch; probably the heat impacted the pace of the game.

Shortly though, Don Bosco came in fore and started playing confidently. Atharva, from Don Bosco, pounced on some miscommunication inside the 18-yard box of St. Lawrence and calmly slotted first goal within 6 minutes of start of game. The game wasn’t moving on great pace and was quite horizontal at times. Don Bosco had the upper hand in whole first half and shortly before the drinks break, Kush scored another goal for Don Bosco, taking the score to 2:0. After the half-time break, St. Lawrence tried to counter but were ineffective. Late in second half, St. Lawrence’s efforts paid off! However, it was too late to make a dent in the game and it ended up being a consolation goal.

Bosco’s Carlin was the most valuable player (MVP). He dictated the midfield and continued the forward runs that ultimately led to confusion and miscommunication in St. Lawrence players and the ball ended in back of net twice.