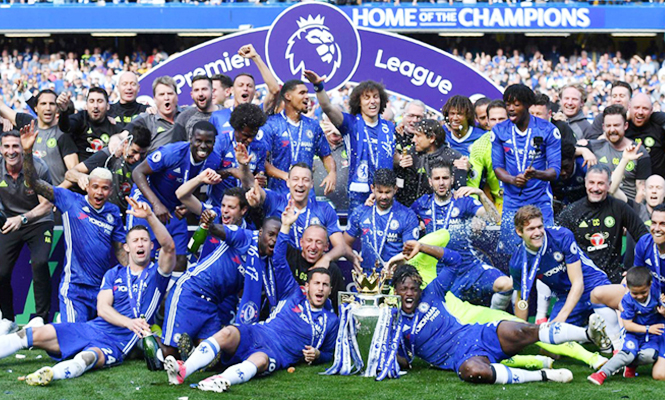 It is that time of the year when late night tele in urban India is dedicated solely to football. Yes, EPL or the English Premier League has begun and revived the fan rivalries not just in the Great Britain, but also in this former colony.

Fans here have their own predictions, favorites and thoughts on what players and teams to watch out for. We have two brothers, Ankit (Manchester United supporter) and Rahil (Real Madrid loyalist & Chelsea supporter for the EPL) Thakkar, fans, battling it out at home. Because they support totally different teams

Rahil: Battle at the top could be between Chelsea, Manchester City and Tottenham. Chelsea has the best chance of winning… battle for the 4th place is also interesting to watch out for with Manchester United, Arsenal and Liverpool in the mix.

Ankit: Title will probably head to Manchester..Pep has done well in the transfer window..with players probably more adjusted to his style of play now in his second season.
The red half of Manchester have signed players in two positions which they desperately required. Upfront they bought last years 2nd highest goal scorer in the premier league and in matic they have bought a player who can bring out the best of Paul pogba.

Players to lookout for:

Current Rivalries to watch out for:

What do you think? Have any changes, ideas or your favourites? Write back to us with your views.