One of the most anticipated clashes of school level football, was rather a one sided affair as the reigning champions of MSSA football, Don Bosco Matunga, humiliated it’s suburban counterpart by putting 6 goals past them.

In the initial minutes of the game, both side sharing the same formation of 4-3-3,  were very strong on attack. It was mostly Matunga, building their game towards their goal and Borivali, charging forward in the counterattack, making the atmosphere very intense. It was around the 20th minute that Matunga started to look dangerous in the attack, mainly because their midfielders were supplying their forwards with some great deliveries, and within seconds Matunga found their first clear breakthrough and the young winger Floyd (age 13), half the size of his opponent team’s defenders, played a great ball into the penalty box and Nihal finished it into the back of the net without any hesitation. 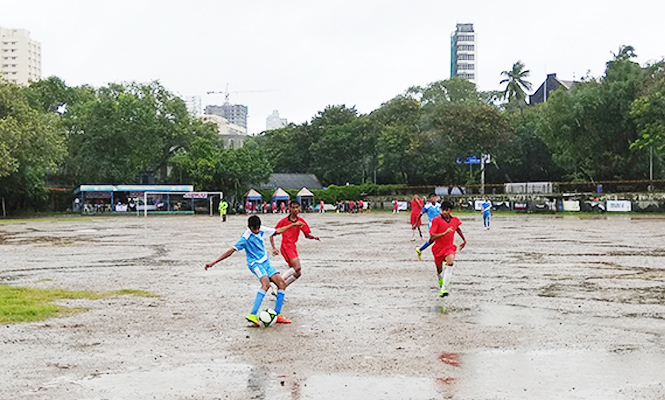 Borivali seemed demoralized at the start of the first half and the boys in blue took full advantage of that. Manan shot the ball through the keeper and into the back of the net. Krishna, another young player like Floyd, was subjected to a series of aggressive tackles by his opponents but he managed to score twice. Nihal who opened the account for his team, scored his second in initial stages of the first half, Matunga’s aggressive defence was not troubled at all by Borivali’s attempts to prevent the embarrassment, however they did get two yellow cards for reckless tackling. 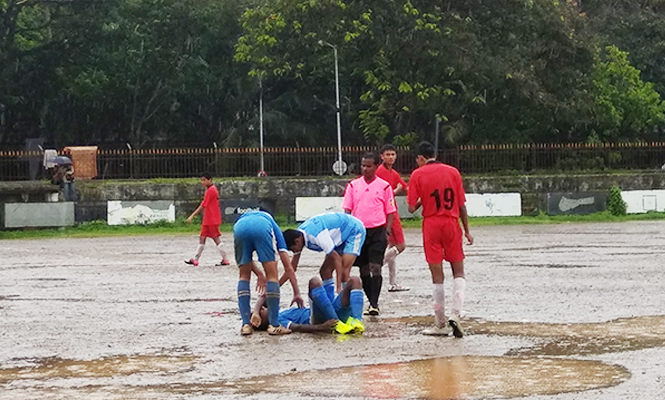 “Our coach has taught us how to handle every scenario and we’re used to playing in the mud so the rains didn’t affect our game at all, but I hope we scored more,”  said Matunga’s captain Dang.

The champions have started their season with a 6-0 victory and they look like they will hold their title.