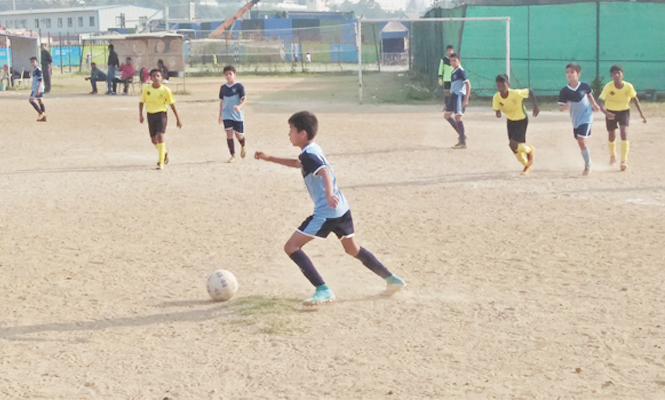 Football U/12 Boys Div I

The Boys U/12 Div I finals got played between two strong teams of the tournament — Bombay Scottish Mahim & St. Stanislaus A Bandra. With the same rules as Girls u/12, the match would be played in half a ground & no offside rules. When the match started it was clear that both the teams were not ready to budge an inch. The children’s parents were cheering from outside. The match was being played with a counter attack. Calvin from St. Stanislaus took a shot from outside the D box and the ball hit the sidebar. The first half ended with 0-0.

Both the coaches were explaining their strategies to their respective teams. The second half kicked off and Bombay Scottish began dominating the play, but the St. Stanislaus defence stood firm. At the end of 40+2mins, the match ended with 0-0, leading to a penalty shoot-out. St. Stanislaus A Bandra kept their nerves in the penalty shootout and won the match 3-0.