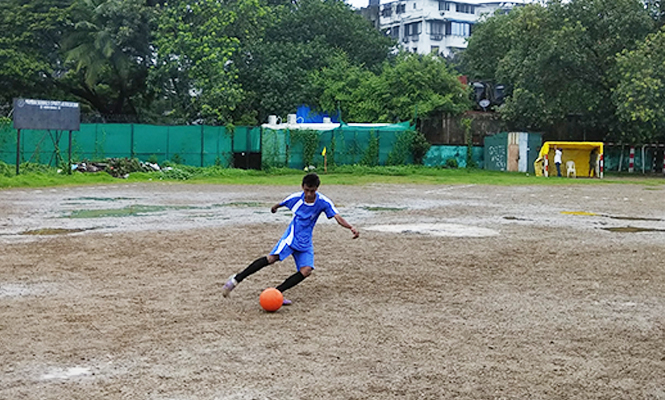 Stanislaus Bandra met Saint Lawrence Kandivali in an intense clash on the third day of the MSSA football tournament. St. Lawrence was looking lethal on the attack ever since the kick-off and continued to rain attacks on their opponents till the last whistle. However, they didn’t convert any of their opportunities, including a penalty, into a goal.

Both the teams showed fantastic skill on the ball, taking full advantage of the dry surface until it started raining and the ground was soaked again. St. Lawrence’s forwards Bishal Parekh and Ashutosh Sawant were administering a series of dangerous attacks, the former with impressive dribbling skills and the latter with a series of free-kick. 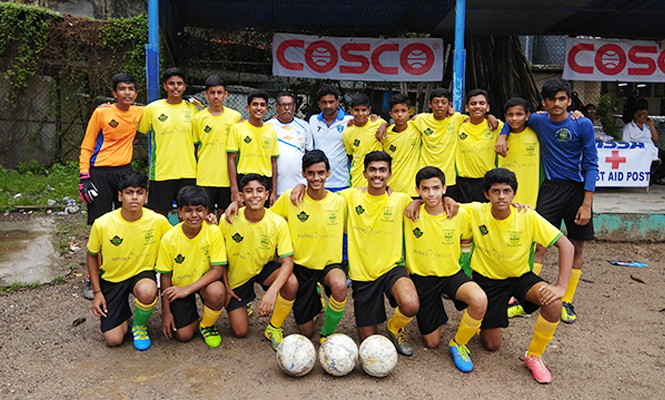 The game was in Lawrence’s favour until Joel Barnes scored a brilliant goal from a mile away and later on saved a penalty which was taken by Sawant.

“I aimed for the goal but admit that it was by God’s grace that the ball went in…and the fact that the opponent goal keeper let it in.”

Stanislaus held their one goal lead against a fatal series of attacks by St. Lawrence who were fuelled by the stern words from their coach Mr. Laxman. 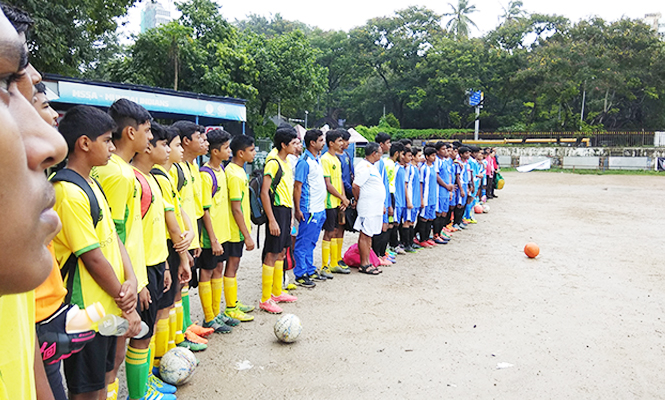