India has had a rich heritage in sports and Hockey is not execption. Once upon a time, hockey was practically the only sport that all Indians were crazy about. This is a time before cricket became a national obsession and took hockey’s place in the country. Hockey’s popularity was widespread and the Indians excelled at this game.

The British Empire made hockey popular in the Indian sub-continent in the late nineteenth century. The first hockey club was formed in Calcutta in 1885. There were no major national tournaments during that time. In 1895, Beighton Cup in Calcutta and Aga Khan Tournament in Bombay were organized. In the early twentieth century, Hot Weather Tournament of Lahore became popular too.

Although these tournaments got a considerable amount of media coverage and patronage, India did not have any governing body for hockey. On 7th November, 1925 all the hockey associations and clubs congregated in Gwalior. This meeting led to the formation of Indian Hockey Federation (IHF). The Indian players got the international exposure after the formation of IHF.

Let’s go back in time and remember the moments of Indian Hockey which made us proud: 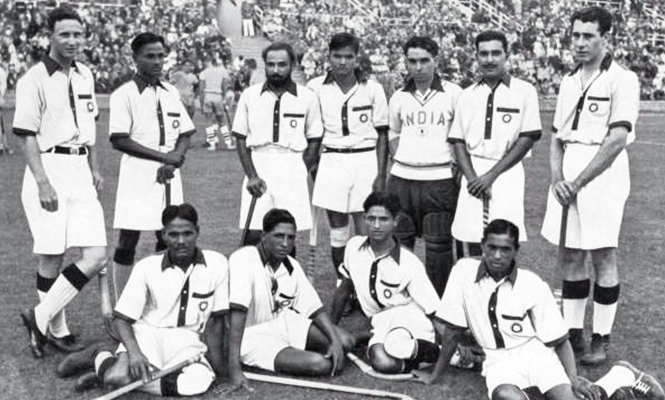 Hockey had featured in only two Olympic Games prior to 1928 once in 1908 and another time in 1920. India made their Olympic debut in the event in Amsterdam in 1928 and in their debut year they went on to win India’s first ever gold medal ever in an Olympics. In 1928, the defending champions, Great Britain, interestingly enough, withdrew from the tournament, possibly as a result of having lost 0-4 to India in an exhibition fixture just before the Olympics.

1928 win set in motion a sequence of ten successive medals – seven of them were gold – which India secured in the games to follow. This remains a record in men’s hockey. Dhyan Chand, the Wizard, was India’s top performer as they went on to win gold medals at the 1936 Berlin Games under his leadership and also helped the team to victory in 1932. 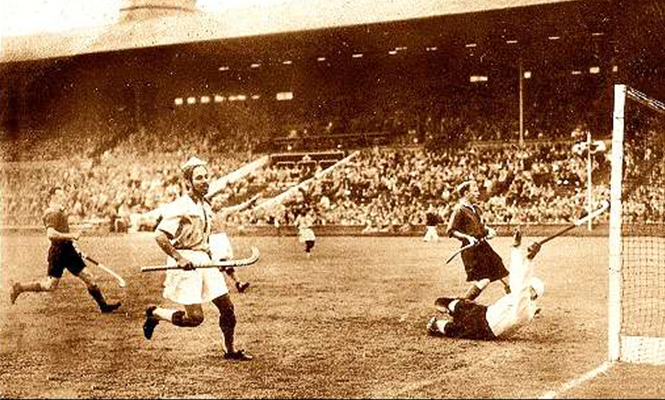 The hockey team from India won three consecutive gold medals in the Olympics from 1948, 1952, and 1956. They claimed the gold medal again in 1964 Olympic Games in Tokyo, Japan.

This was the second stage of the golden era of Indian hockey. After World War II, London hosted the Olympic Games in 1948 after a gap of 12 years. Indian legend Dhyan Chand had aged by then and only played in exhibition matches.

Some jurists believe the 1948 medal in London was a bigger triumph, where Great Britain eventually fielded a team for the first time since India entered the Olympic fold. The final was played between Britain and India, and India won 4-0.

However, the Indian team did not look back as they won back to back gold medals in 1948, in 1952 at Helsinki and in 1956 Melbourne Olympics under the leadership of Kishan Lal, K. D. Singh “Babu” and Balbir Singh Sr. respectively. Leslie Claudius’ side narrowly missed out on the gold in the Rome Olympics of 1960, but Charanjit Singh and his boys romped to India’s seventh gold medal in the field hockey event in Tokyo in 1964. 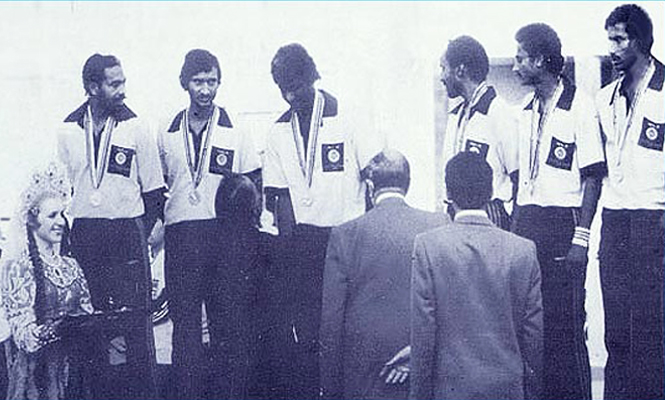 d cup was the third edition of the men’s field hockey world championship. India took third place at the first edition in 1971 and two years later in 1973 they slightly improved as they made it to the finals before losing out to the Netherlands. In semi-finals, they won over hosts Malaysia and defeated Pakistan in the finals. The victory was a special one as the team was prepared under the patronage of a State government. 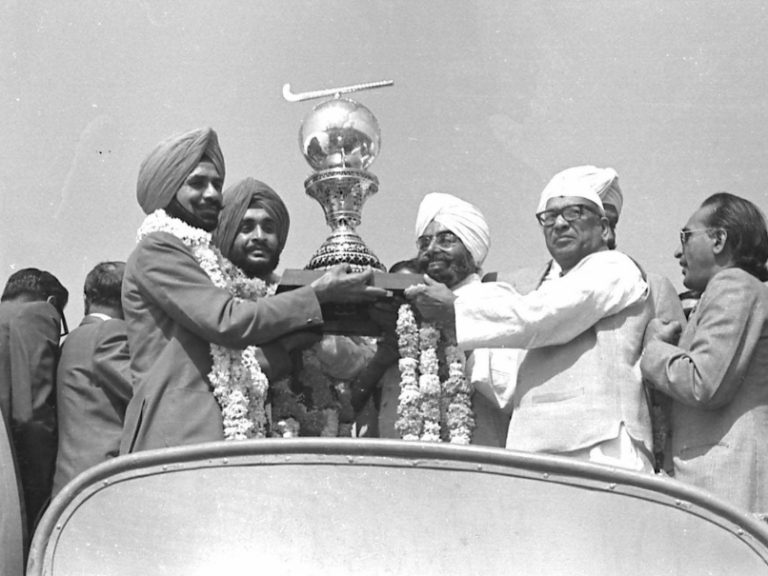 India sent a relatively young side for the Moscow Olympic in 1980, but the team showed their talents as they went on to win the gold medal after a long gap.

It was an easy situation for India, as due to the U.S-led boycott six of the strongest hockey sides— New Zealand, Australia and Pakistan, West Germany and Holland — withdrew from the Olympics. In the final, the Indians won over the Spanish challenge and eventually ended with a overcoming win of  4-3. 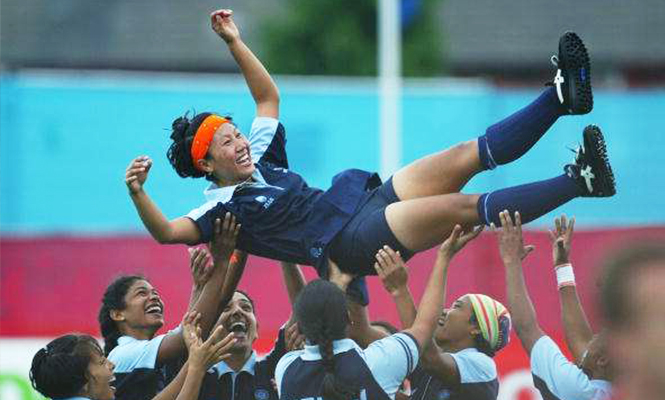 The Indian women’s hockey team had not tasted much success previously. The solitary piece of silverware was the gold medal in the 1982 Asian Games. Apart from that, there was not much success story to tell. Led by Suraj Lata Devi, India put an end to Australia’s monopoly in the event.

India defeated New Zeland in the semi-final and faced England in the final. The Indian team defeated the much favoured English opponents 3-2 after the end of the regulation time and won the gold medal. 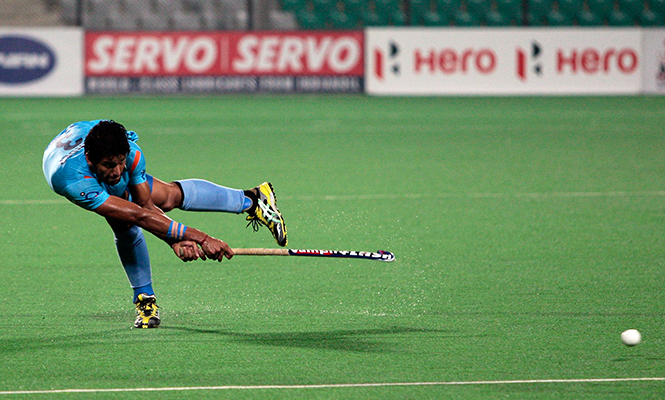 India competed at the 2014 Asian Games in Incheon, South Korea, from 19 September to 4 October 2014. The Indian hockey team, seeded ninth in the FIH World Rankings, was pooled with Pakistan in the group fixtures. Both progressed to the final where India defeated their rivals in the penalty shoot-out after the game was tied at 1-1. 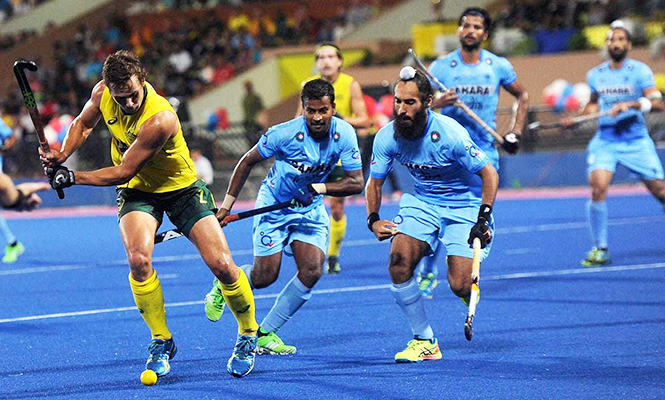 India’s best performance in recent times came when they won the silver medal in the 2016 FIH Champions Trophy in the United Kingdom, They had previously won only one bronze medal at the tournament back in 1982.

India faced the ‘best of the best’ Australia in a thrilling final, where they lost on penalties. The Indians refused to bow down to the might of the Kookaburras and fought with grit and vigor.

The Aussies were placed six spots above the Indians in the FIH Rankings. The Indian team won a lot of hearts with their brave display as they held Australia to a goal-less draw at the end of regular time but eventually went down in the shootout.