1. How has you been preparing for the upcoming games?

After getting injured at Wimbledon, I’ve been working hard to make sure am ready for the Asian games. Even though I would have loved to have played a few tournaments before, it was more important that I be 100% fit first. I have been training with my academy students in Bangalore, every day, preparing for the games.

2. You are one of the most experienced players on the team, and the highest ranked Indian in the ATP. How do you handle the pressure?

Well, I have always thrived on it, and it’s the experience which is what makes you handle whatever is thrown at you. So no pressure, as when I am on the court, I am ready to fight and win.

3. You will most likely be playing with Divij, who has reached his career high ATP ranking. How do you compliment each other?

I think Divij is having his best year right now and am looking forward to playing with him and getting a medal for India.

4. This year, at Wimbledon, we had 7 Indians in the Doubles, which is a record. What do you think has changed over the years that made this possible? 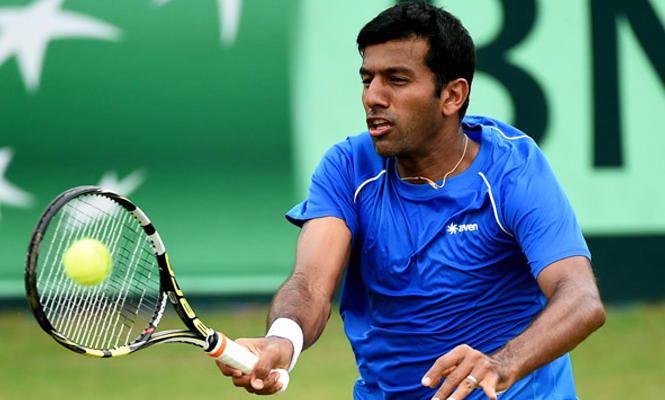 It was wonderful to see so many Indians playing at a Grandslam!. I feel that a lot of players have begun to play the right calendar, which is helping them perform better and improve their rankings. In a few years from now, I believe we will have many more breaking through the main draw. Trust me India’s tennis future looks really bright!

5. There is no bigger pride than playing for your country. Which has been your favourite moment over the years?

Absolutely right, representing your country is very special. For me, if I had to pick 1 it would be the tie against Brazil in 2010, for team India to fight back 0-2 down and come back to win the tie, and me winning the 5th singles match!

6. Your advice to the upcoming generation?