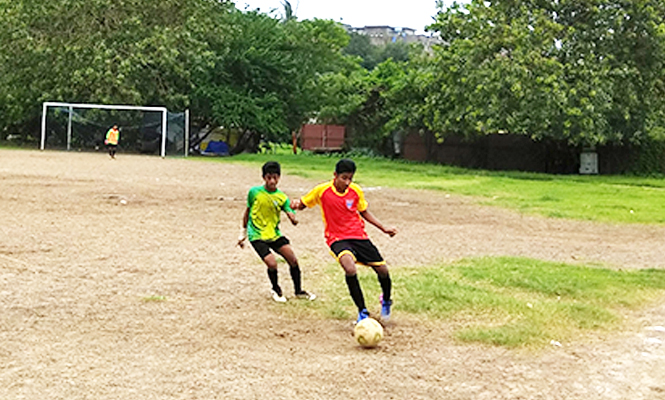 Holy Family Andheri and St. Mary’s Kalina engaged in an exciting game with several edge-of-the-seat moments. Holy Family’s coach Kingsley Rebello was given all the credit by his team’s forwards at the end of the 50 min rollercoaster ride. Mary’s efforts earned them one goal scored by Abhinandan Ramgude. However, it fell short compared to Holy Family’s 3 goals out of which 2 were scored by their star player Utsav Pradhan and Rohan Chikale.

Holy Family were awarded a penalty in the first minute of the game which did them no good as Khan missed. But that didn’t extinguish the fire and their forwards Chikale and Pradhan kept administering attacks with Khan in the midfield. One such attack resulted in a well struck goal by Chikale and the other, in which Leron managed to deliver a through ball to Utsav, who finished it in style.

The second half witnessed a turn of events where Mary’s looked deadly on the attack, taking several shots which nearly missed the goal until Aakash Shetty passed to Ramgude who scored a goal. Holy Family bagged the game with a 3-1 victory.