The World Cup is just a week away and all the eyes of the world are towards Russia. Will ‘Die Mannschaft’ be the first defending champions? Will ‘La Albiceleste’ avenge the last World cup’s defeat? Will Ronaldo, Messi or Neymar lead their country to the ultimate glory? Will there be an upset or will it be a new champion this time?

As much the World cup is about the teams, there are always the selected few players who outshine their counterparts to make their mark at the biggest stage in football.

Let’s dive into the final squads of the 32 teams to choose the probable stars and the hidden gems. 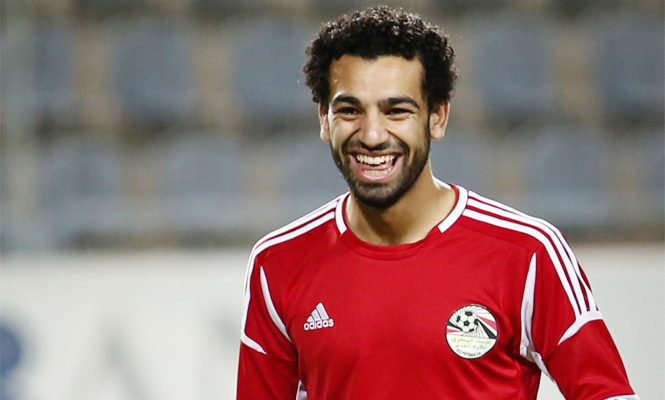 With retirements and injuries haunting, Russia is in a fix with no experienced Centre Back to lead the defense. They have conceded 3 goals in each of their last 3 friendlies, a worrying sign. With a young, inexperienced side, it looks difficult for the hosts to go beyond the group stage.

The Pharaohs are a one-man army. They have never won a World cup game before. This could possibly end in the group stages at Russia with the surreal form of Mohamed Salah. The injury scare at the Champions League final is slowly fading away as the striker is getting back to fitness. If the team backs Salah, it should be easy for them to reach to the knockout stage.

KheloMoretastic Fact – Essam El-Hadary, the 45-year-old Goalkeeper is set to be the oldest player to play at the World Cup Finals.

The outsiders to qualify from the group. They have a very inexperienced squad. They managed to qualify by getting points against weaker teams and just getting through with Australia and Japan. It will take a huge task for them to move to the knockout stage.

Easily the favourites in the group. The winners of the first-ever World cup would look forward to rising back to the glory days. They depend on the goal scoring abilities of Luis Suarez and Edinson Cavani and the defensive leadership of Diego Godin. 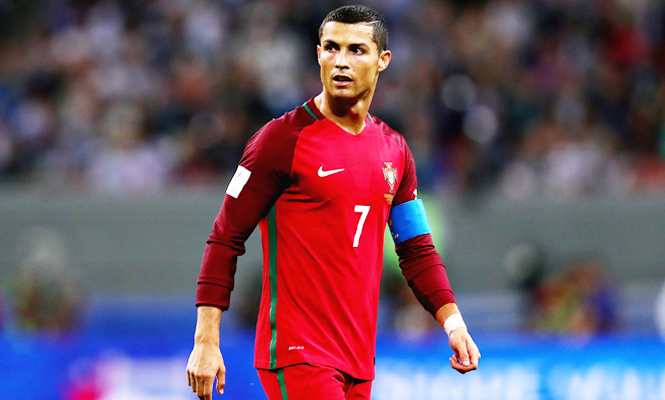 Iran was the first team to qualify from Asia for the Russia World Cup. This was the first time they have qualified for back to back World cups. After going winless in the 2014 edition, Iran will be looking to register a win this time around in a group where qualifying seems a distant dream.

Spain would like to bury their dismal performance at the 2014 World Cup in Brazil and get back to the glory days. ‘La Furia Roja’ is going to Russia with a combination of experience and young talent. With such a huge talent at Julen Lopetegui’s disposal, there were many surprise exclusions namely, Juan Mata, Marcos Alonso and Cesc Fabregas. With the current squad, they are clearly one of the favourites to go all the way to glory.

The Portuguese are hoping to carry their winning form from the Euro 2016. They are dependent on Cristiano Ronaldo to get over the World cup blues and get scoring. But, the team has shown resilience without the talismanic striker. They need to work as a team if they want to have a remote chance of being favourites for the title.

Not built around a single player, Morocco is a team who knows to defend as a team and attack as a team. It will be difficult for them in a group consisting of the European giants. But, they will surely be a team to watch. 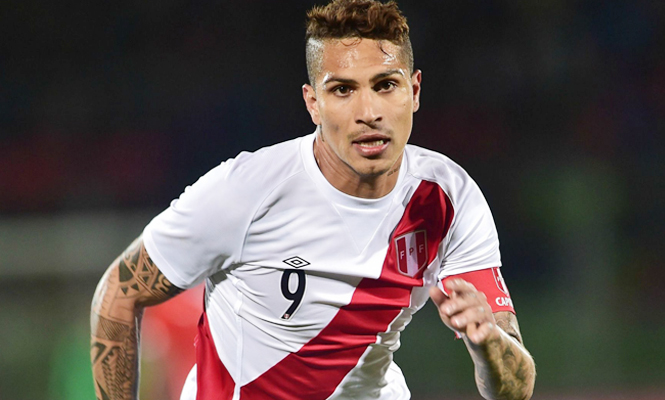 The Socceroos are yet to fit in under Bert van Marwijk who took over the reins just after they had qualified for the World Cup. There were some questions asked about the selections. The odds are hugely against the Socceroos as they might even go winless.

Denmark is strong favourites to join France from Group C in the knockout stage. They are playing with a renewed flair and are much stronger than they were at the 2010 world cup. The final third is very talented with Christian Eriksen leading the way. If they find a consistent no.9, we should expect a lot of goals from the Danes.

‘Des Bleus’ will be looking to brush off their home defeat to Portugal at the Euro 2016. The defeat has only ignited the fire in the young squad to achieve the ultimate goal, the World Cup. With a stellar list of players at his disposal, it was already difficult for Didier Deschamps to choose his final 23 to fly to Russia. It will be interesting to see how he fits all the talent in a right way. The French surely go to Russia as favourites to win the title.

The dark horses of the World Cup. It won’t be a surprise if Peru does what Ghana did at the 2010 World Cup. They come to the World Cup as a strong team with a strong run which includes victories against Croatia, Iceland, and Uruguay! Their last defeat was against Brazil in November 2016. Since then, the South American side has marched towards the World cup relentlessly! With the ban of their captain now overturned, Peru will look to claim that coveted 2nd spot in Group C ahead of Denmark and Australia. 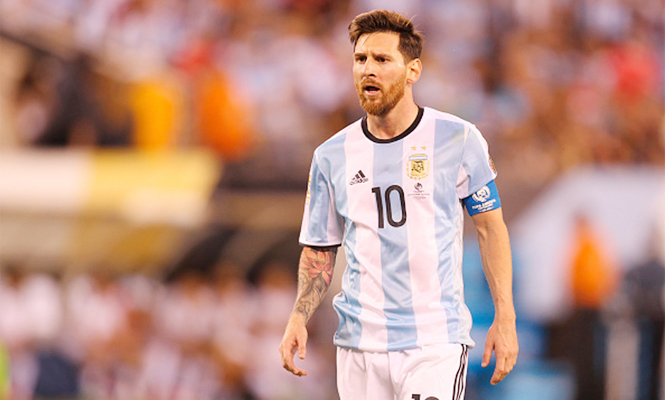 ‘La Albiceleste’ go into the World Cup barely managing to qualify on the last day of the qualification round. The attack has been the only strong aspect of the team with the team struggling to hold back the defense. With the injury of Sergio Romero, it leaves either of the veterans, Nahuel Guzman or Willy Caballero to keep the goal. Argentina needs to display a strong character to emerge out of the group or stand an outside chance to lift the golden trophy.

Croatia has their best roster after the 1998 campaign. They will expect their loaded midfield to deliver. With a huge experience in the final third, Croatia would be determined to play they’re all out attacking game and get that spot to the knockout stage. If the team stays composed, they should easily reach the Quarterfinals.

The fan favourites after their heroics at the Euro 2016. Making their first appearance at the big stage, this small nation will aim to strike big and emerge out of the group ahead of the 3 of the strongest teams in the world. It’s the passion of the team and the fans that has carried them so far. Surely the fans would be eager to see the ‘Slow clap’ celebration in action!

The African side has a huge challenge in front of them if they want to reach to the knockout stage. But with the likes of Alex Iwobi, Victor Moses and John Obi Mikel, the Nigeria team is strong and completes the group of death at this World Cup. The South American giants will look forward to rising back much stronger after the 7-1 humiliation on their home soil 4 years ago. The team has a lot of individual talent but should come down on the pitch and perform as a team. Brazil still remain strong favourites as the young talented squad has now matured and gained a lot of experience.

Possibly the most stable squad out of the 32. They will possibly start 8 out of the 11 who started against England in the 2014 World Cup. They are easily expected to cause an upset. But, having a consistent performance, they no longer have the underdog fire in them.

Serbia comes to the tournament as a side who might either flourish greatly or just fall apart. With some experienced names in the squad, they are expected to lead the way in the big games. They need the experienced players to step up if they wish to grab that 2nd spot to the knockouts.

The Swiss are strong enough to get through behind Brazil in group E. They need a little finesse at the front to take them through. 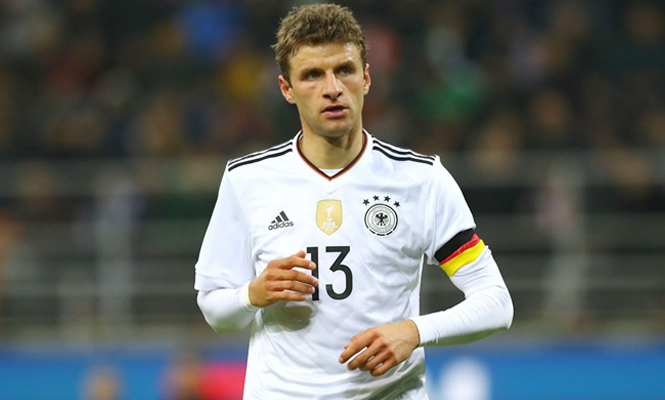 The defending champions look to start off strongly with a relatively established and experienced squad. ‘Die Mannschaft’ is without their World cup specialist goalscorer Miroslav Klose, who retired after the last World cup. But, the team is building around its youth. The exclusion of Leroy Sane came in as a surprise but the team looks stable and strong to be a favourite around this time too.

Mexico comes into the World cup with a relatively developed squad but has the fear of repeating history by not progressing beyond Round of 16 as they might face Brazil and might end up being their last game of the tournament.

South Korea may not be the strongest of sides but they are a much-improved side now and are expected to cause an upset or two.

Sweden has already caused an upset when they beat Italy in the playoffs to qualify for the World cup. Even though the Swedish national team will be missing from Zlatan (that’s what he said!), the team is pretty much strongly built around the existing squad. 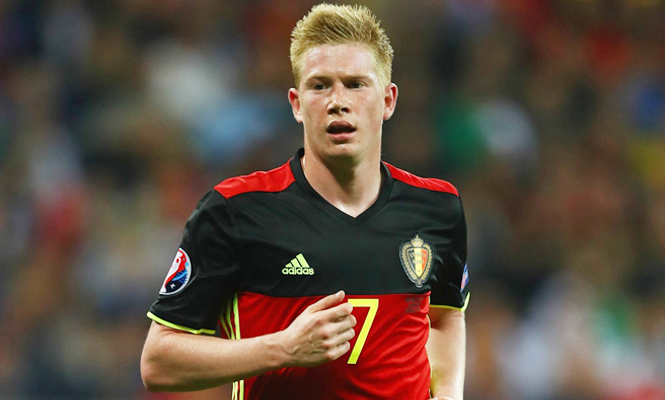 The star-studded team which has grown a lot over the last few years. Loud fans and a huge amount of talent at disposal, the Belgians are expected to be favourites. They do have a knack of underperforming at major tournaments and need to overcome the choking if they wish to go all the way.

The team who has always choked at the biggest stage. England starts the tournament with many major misses and a relatively young side. Will this new approach take them all the way?

The underdogs and highly unlikely to get through to the knockouts. They can hope that the players get a lot of experience facing the big names in the football world.

Another team who will only hope to learn a lot from the exposure. They have been strong coming into the World cup but need the integrity to stand up against the big boys,

Favourites to top the group after a great campaign 4 years ago. Colombia looks to provide a tough fight to the top sides if they get together as a team and settle in quickly.

Japan is not settled in as a team with their forward line up not performing well. They need to step up their game if they hope to get through to the knockout stages.

Strong favourites to challenge Colombia for the top spot. They will look to continue their good run into the World cup and move beyond the round of 16.

Senegal has a very attacking approach but might falter when it comes to facing the experienced squads of Poland and Colombia. The odds are against them to go beyond the group stages.