It’s here, it’s finally here! 210 teams competed, 872 matches played, and 2,454 goals scored for the chosen 32 to get to the biggest stage in football. And another 63 battles fought, 163 goals scored and almost 3 million people filling in the seats in Russia while many, many more watched from their homes and pubs and offices and even on-the-go. It all leads to this.

Few had expected Croatia to be one of the two claimants to the throne. But then again, one could say the same about France. And yet, here they are. France came out on top in a relatively easier group with the likes of Denmark, Peru, and Australia. Croatia, on the other hand, contested what could easily be termed as the ‘Group of Death’ with Argentina, Nigeria, and Iceland to compete with. And they were one of only three teams to have a perfect record heading into the knockouts, crushing Argentina and getting out of the shadows of a ‘could-have-been-but-not-quite-there’ nation and firmly establishing themselves as a dark horse.

The road to the finals, however, was where France really stepped up their game and the stars started shining with all the fervour that was expected out of them. France and Argentina played out what was possibly the most entertaining game of the World Cup Finals. They didn’t look like stopping with an efficient victory over Uruguay and then seeing off their neighbours, Belgium, in a closely contested fixture. Two of these three teams could just as easily have been in the finals but France has made it, and c’est comme ça.

Croatia couldn’t finish a single game in normal time in the knockouts, a testament to their spirit but also to vulnerabilities they carry in the back. It took penalties to defeat Denmark and Russia and a crazed, passionate come-back victory against England to help them reach the finals. And having seen the team come and stay together on the pitch for all the 630 minutes (yes, they’ve played the equivalent of an extra game), nobody can take their place away from them.

So where will the trophy land? There are definitely stars to look out for. There’s the 19-year-old teenager who became a man on his way to the World Cup final, and there’s also the midfield magician who could be the first player ever to win the Champions’ League, the World Cup, and the Ballon d’Or in the same year (that’s Modric, just in case). There are interesting contests that the pitch will be dotted with – Lovren and Vida coming up against France’s high flying attack, Rakitic and Modric fighting for midfield control against Pogba, Kante, and Matuidi, the unstoppable flair of Perisic against Pavard on the flank, and so the list goes on. 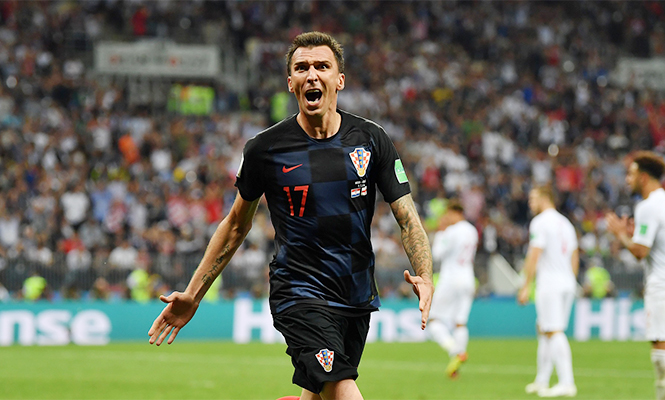 Ultimately, as such occasions demand, it will come down to the basics. The teams just need to keep their head on their shoulders and the ball at their feet. And fight for the Cup with the passion and vigour it deserves. France has a chance to bring it home after 20 years, Croatia has a chance to etch their name in history forever becoming only the ninth team to do so. All in all, let’s hope for a win for football and a win for the billions of fans out there.