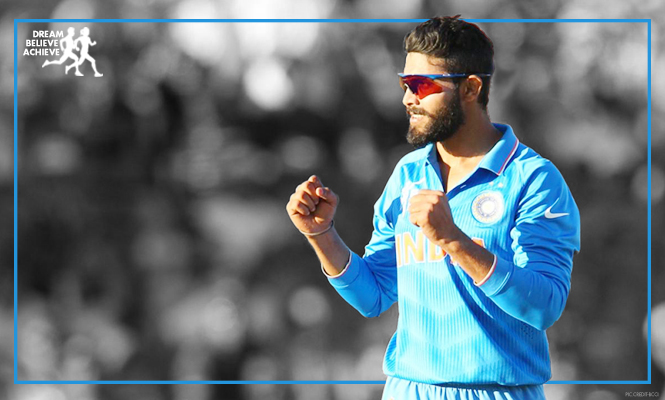 Born into a middle-class family, to Aniruddhsinh Jadeja who was a watchman for a private security agency, Ravindra Aniruddh Jadeja, the star all-rounder of the Indian cricket team had a very humble start to his life. His family used to live in a one-room flat, allotted to Jadeja’s mother Lata who was a nurse at a Government Hospital. Unfortunately, she passed away when Jadeja was 17 years old leaving him completely devastated. He lost interest in everything and had it not been for his sister who acted as his mother and got him back on track, his mother’s last wish to see her son in the national team’s jersey, wouldn’t have ever come good. Though Jadeja never quit going to school, he was way into cricket before the age of 10. As a small boy, he rarely got the opportunity to bat because of the older boys, which is when he decided to play under a coach. Mahendrasinh Chauhan, a policeman by profession, also a small-time cricketer, used to coach boys at a place called the Cricket Bungalow. Chauhan changed Jadeja’s cricketing life completely, as a no-nonsense coach who held discipline at high regards. Jadeja was given the option of either getting selected at the Cricket Bungalow or being sent to an army school. Luckily for the Indian Cricket team, he managed to get in and started his cricketing journey under Chauhan. Jadeja started off as a fast bowler, later switching to the mainstream left-arm spinning at the behest of his coach. Chauhan knew how to get the best out of Jadeja — there was one instance where Jadeja turned out to be an expensive bowler but ended with 5 wickets by the end of the game, after receiving a stinging slap from Chauhan, in middle of the pitch, in front of everybody! Although Chauhan was tough on him, he built the foundation for Jadeja to explode on the national front. Jadeja made his first-class debut in 2006 Duleep Trophy, which paved way for him in the Ranji Trophy, for Saurashtra. In 2012, at the age of 23, he became the first Indian to make three triple hundreds in domestic cricket, never looking back ever again! From getting slapped by his coach for discipline to being the best all-rounder for India in cricket, Ravindra Jadeja has come a long way and we hope to see more of his heroics in the years to come.