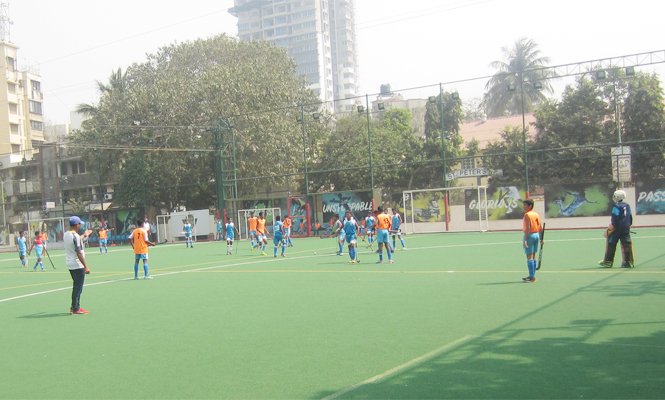 With the referee’s whistle, Don Bosco ‘A’ began their continuous attack on the ‘B’ team’s goal. It was ‘B’ team’s star performer, Chris Johnson’s brilliant save, that didn’t allow the ‘A’ team to score. But in 13 minutes, ‘A’ team got the penalty corner and Aryan Pagare finally broke the deadlock leading by 1 – 0. The first half was almost coming to an end when Neil Nayak of ‘A’ team scored, ending the first half with 2 – 0.