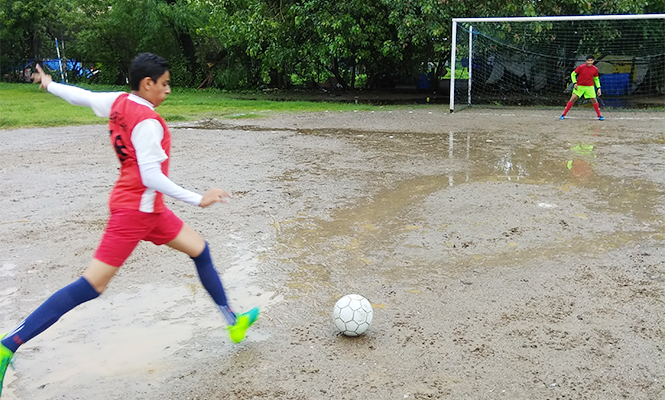 Arya Vidya Mandir took on Jamnabai Narsee, Juhu in the last game of the first day of this year’s season. AVM showed a brilliant display of defensive football, they weren’t sending their forwards ahead in search of goals but one vital breakthrough by Aahan and Ishan putting Jamnabai’s keeper in a 1 on 2 scenario as he conceded in the early stage of the first half which decided the fate of the game. 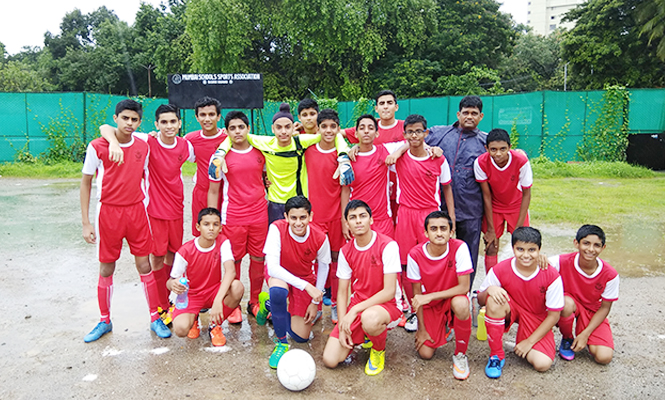 In the initial stages of the game the ball was mostly in the midfield, a tussle between the midfielders and defenders of both teams in which the quickest prevailed, in most scenarios AVM did and hence had more possession however Jamnabai found better chances to score, one them being a one on one scenario with AVMs star goalkeeper Guransh, who was unarguably his team’s key player in this meet and squandered every time Jamnabai had an opportunity to score, his reflexes and positioning along with Chirayu’s defensive skills in the first half made his team’s defence a force to reckon with. 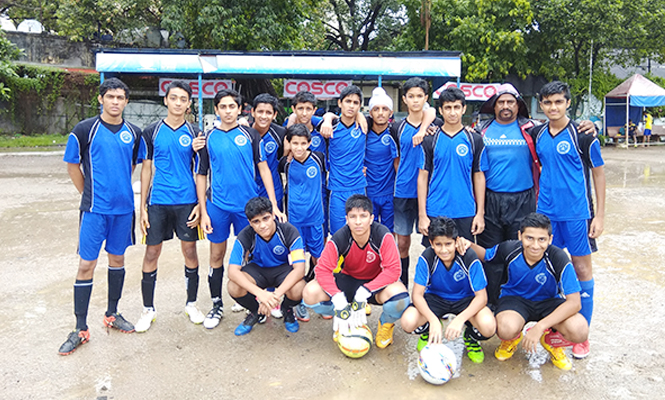 Both the sides were playing a calm game of football, there was no drizzle and the surface was relatively dry. In the advent of the second half St. Joseph unleashed a series of aggressive attacks led by the 13 year old Krish Kohal who was energetically freelancing all around the field. St. Joseph was dominating possession in the second half and was creating several scoring opportunities however AVMs defence and Guransh’s keeping held against most of their attacks which  exhausted the forwards and allowed AVM to see the game through as they win 1-0.