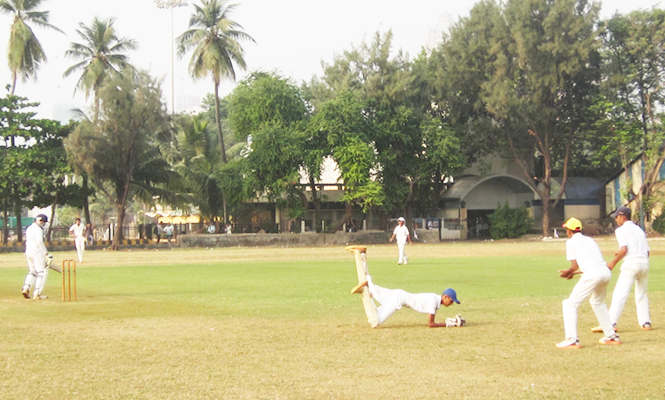 After losing openers Nisar Shaikh and Ankit Yadav for a measly 17 to Right arm pacer Shahzad khan, Atharva Nigre and Hammad Mujawar controlled the game, both reaching their half centuries. Atharva contributed 77 and Hammad joined in with 51 before falling down. Last match centurion Dashrath Chavan, continued his purple patch with another half century, he stuck on the pitch for his well made 60 with skipper Harsh Mogaveera for his 50. Only 14 runs were added after this pair as A L Barkaat declared the innings, 288 for the loss of 6 wickets in 66 overs. For Lilavatibai Podar, Abbas Karachiwala took 3 wickets for 88 runs. Sufian khan started the over with intent and the ball fizzed and whistled for a maiden. Divyanshu Singh also bowled effectively from other side, with another maiden. Rohit Joshi was bowled on first ball of Sufian khan with pacer smelling blood. Pacer removed Ansh Bapna when scoreboard reflected 4 runs for 2 wickets. Yashraj Singh was bowled for 8 and Vilohit Desai was caught out with 17/4 on board. Abbas Karachiwala scored 31, highest of the team with Tatsat Singh, 27 as they could only reach 106 in 30 overs. Forced to play again, as per the follow on rule, they would have hoped for a better start. Naufil Rozani, Left arm Spinner removed two wickets for 18 runs. Next two wickets went for a duck as Skipper Abbas Karachiwala again stepped up for a well made 44. Dev Mansukhani and Krish Chandani did put up some resistance with 41 & 20, but inability to churn a healthy relationship lost Lilavatibai Podar the match by innings and 26 runs. 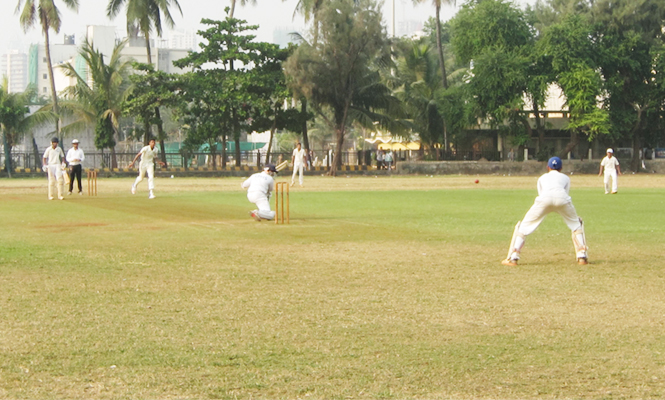