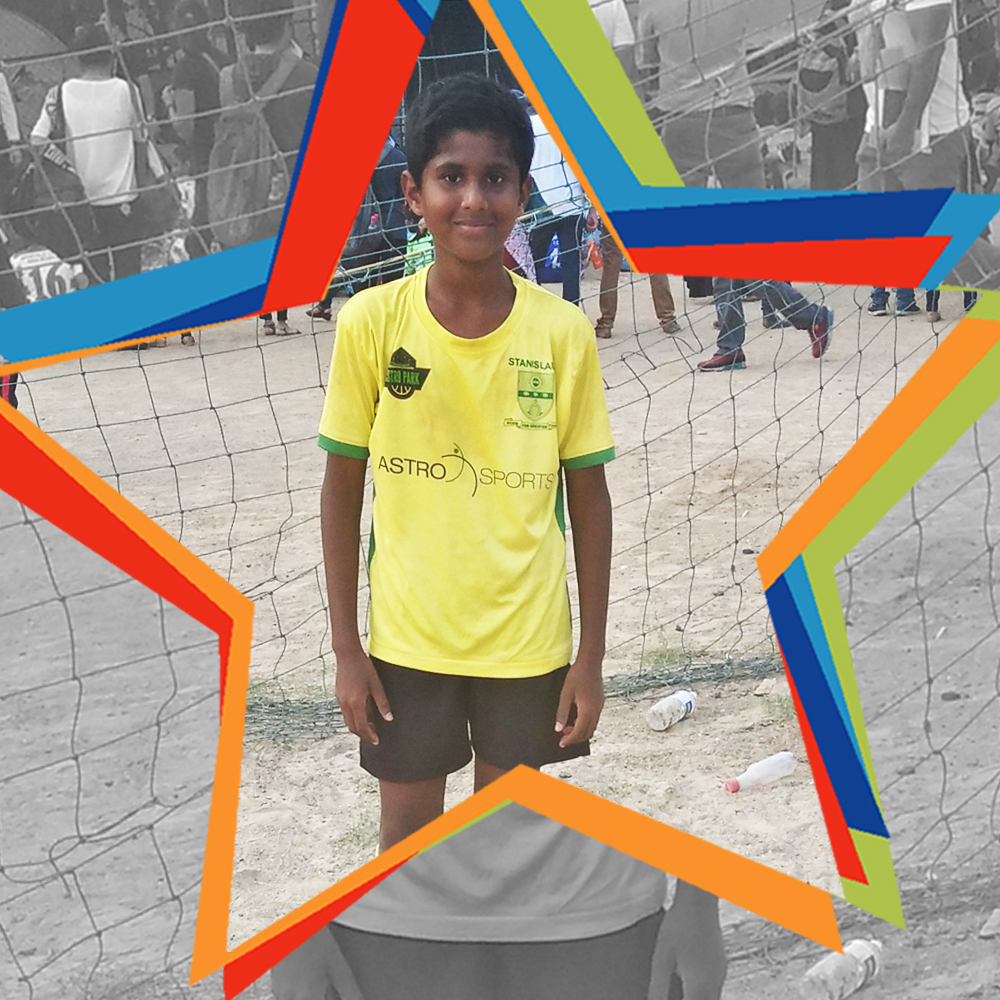 Calvin D’Souza has been playing football for the past 8yrs. His parents inspired him to take up football. His father also has a great passion for the sport. In 2015, his club St Stanislaus (Bandra) won an inter club tournament & he was declared the best player of the tournament. His idol is Cristiano Ronaldo and Calvin, just like him, plays as a forward with a taste for goals. His dream is to represent the Indian national football team and take Indian football to new heights.