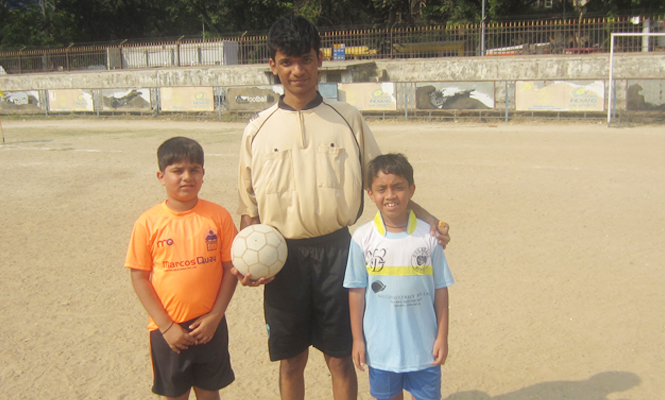 It was 5-a-side game. Bosco boys started the game in an attacking mode and within minutes Jayden Carvalho scored the first goal of the match. The CNM boys tried very hard to break the opponents’ defence but with Bosco’s stir defence, they stood no chance. When the first half was almost coming to an end, Jayden scored another goal making the score 2-0 in favour of Bosco.  The second half began with the CNM boys attacking Bosco’s stir defence & Hitanshu Shah of the former, scored the goal. Not to be outdone, Bosco boys retaliated with their own attacks and scored three goals! Jayden Carvalho, Cristiano Lewis & Dwayne Perreira was the respective goal scorers.