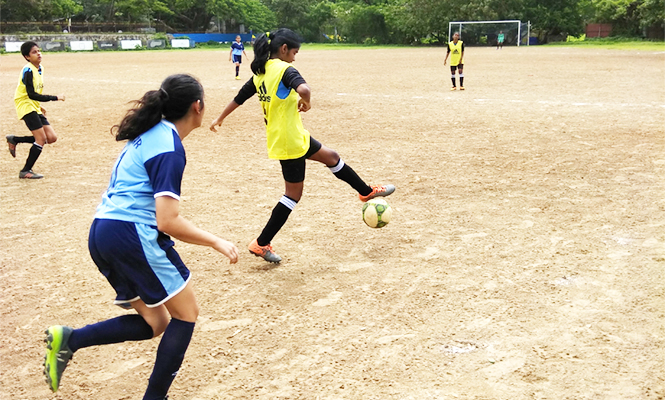 The girls of Bombay Scottish have been biting silver and bronze for the past couple of years, but it’s been years since they’ve actually won the title. This year though, the determined Scottish girls are a force to be reckoned with! They dominated the attack in the first half and their forwards danced into the box on several occasions, taking shots relentlessly. Scottish’s captain Ira Gore, drew first blood as she scored a well struck goal that went through the keeper, by the fifteenth minute of the game. Janhavi Mullerpatan scored taking Scottish two goals up and thus putting massive pressure on the opponents.

In the second half, Joseph tried their best to get the goals they needed. But minutes after the second half started, Scottish’s Gargi Mishra’s cross was deflected by Tanya Joseph (Carmel St. Joseph) into her own net. Yet, St. Joseph was unbroken and continued creating good games in the midfield until Aishwarya Ahir scored one more for Scottish, putting the game to rest. The final score line was 4-0. Scottish’s skipper, Gore, stated “We have played well today despite our best player being on the bench due to an injury and we are all set to meet the best in the finals.”

Find all the pictures from the match here.